North Korea may carry out a third nuclear test next year and the possibility for bilateral
talks with South Korea are slim, according to a research report from the South’s foreign ministry institute.

The report, published on Friday, comes a day after Pyongyang vowed a nuclear “sacred war” as the South held a major military drill near the border.

The North, which carried out nuclear tests in 2006 and 2009, has yet to show it has a deliverable weapon as part of its plutonium-based arms programme, but a third test would raise tensions further on the Korean peninsula.

“There is a possibility for North Korea carrying out its third nuclear test to seek improvement in its nuclear weapons production capability, keep the military tension high and promote Kim Jong-un’s status as the next leader,” the report said, referring to Kim Jong-il’s youngest son and the country’s heir apparent.

“Tension between the two Koreas will remain high with chances of additional North Korean attacks on the South staying high.

Chances of a summit meeting between leaders of the two sides [also] look slim,” the institute said, according to a summary of the report.

The preview for 2011 was written by the South Korean Institute of Foreign Affairs and National Security, which is run by the foreign ministry.

Analysts say the North’s tactic of demonstrating what progress it has made towards developing a nuclear weapon is a ploy aimed at restarting talks between itself, the South, China, Japan, Russia and the United States, from which it hopes to wring concessions.

“Some form of meeting between six-party members could be held during 2011 to discuss North Korea’s uranium enrichment, but chances are very low for any meaningful progress being achieved,” the institute said.

However, some observers have said the North is unlikely, in the near-term at least, to launch further attacks against the South like last month’s shelling of Yeonpyeong or the alleged sinking in March of the Cheonan warship.

The South accuses North Korea of sinking the vessel, though the North denies involvement.

China, the impoverished North’s only major ally, has urged dialogue to resolve the crisis and has been reluctant lay to blame, frustrating Washington and its allies which want Beijing to do more to rein in on Pyongyang.

Barack Obama, the US president, is expected to press this point when Hu Jintao, the Chinese president, visits the US on January 19. 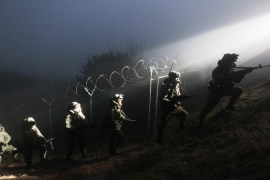 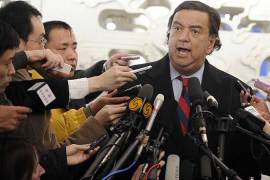 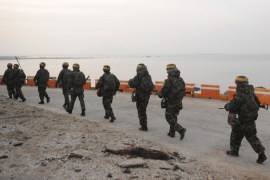