South Korea is set to press ahead with a live-fire military drill despite rising tensions with the North that have prompted an emergency United Nations Security Council meeting.

Residents of Yeonpyeong island, which lies in disputed waters off the Korean peninsula’s west coast, were ordered to move into air raid bunkers ahead of the military exercise on Monday, according to South Korean media.

North Korea has threatened to strike if the South goes ahead with its military drill.

Four South Koreans were killed on Yeonpyeong last month when the North shelled part of the island.

Steve Chao, Al Jazeera’s correspondent reporting from Incheon, said the drills “can start any moment as soon as the heavy fog lifts”.

“We’ve spoken to the office of the president and they say that this sort of drill is rather routine – it’s been conducted several times over the past decade and, therefore, it should not be a point of alarm,” he said.

“However, North Korea has said that they feel these drills are provocative. We’ve seen government sources in the recent past come out [and] saying that the covers of artillery guns in the North have been removed and the guns pushed forward.

“There is even talk that North Korean jets have been taken out of their hangers – possibly along the west coast in a possible attempt to launch an attack in the event that these drills go forward.

“South Korea has also said it will return fire if North Korea attacks. So the tensions on the Korean peninsula are extremely high.”

The UN Security Council met on Sunday amid the rising tension between North and South Korea, but failed to agree on a statement.

The 15 member bloc was split over whether to publicly blame North Korea for touching off the crisis, with China, North Korea’s staunchest supporter on the council, and Russia rejecting the idea of assigning blame to Pyongyang.

“It’s better to refrain from doing this exercise at this point in time,” he said.

Susan Rice, the US ambassador to the UN, said the impasse was unlikely to be bridged.

The Reuters news agency reported diplomats as saying that a Russian draft statement called on both sides to exercise “maximum restraint” while a British draft statement had the council saying it “deplores” North Korea’s latest actions.

But China has blocked recent Western attempts to get the Security Council to rebuke Pyongyang over the deadly artillery shelling of Yeonpyeong and the North’s nuclear activities.

The UN Secretariat distributed to council members a document on an investigation into the November 23 incident by the so-called UN Command, the US-led military forces in South Korea that monitor compliance with the 1953 Armistice Agreement that ended the Korean War.

That probe concluded the South did not violate the armistice with its November 23 military drills in disputed waters, while the North committed a “deliberate and premeditated attack” that was a “serious violation” of the cease-fire, according to the document, the Reuters news agency reported. 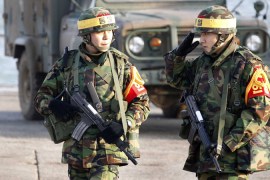 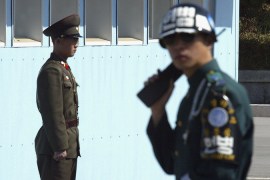 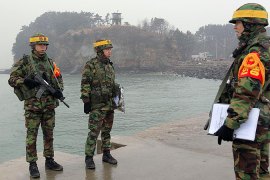 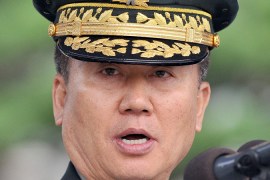