Police in a provincial city in Tunisia have used tear gas to disperse hundreds of youths who smashed shop windows and damaged cars, according to witnesses.

There was no immediate comment from officials on Saturday’s disturbances, and national media ignored the event.

Riots are extremely rare for Tunisia, a North African country of about 10 million people.

It is one of the most prosperous and stable in the region, but civil liberties are severely limited.

Witnesses said several hundred youths gathered in the city of Sidi Bouzid, about 200km southwest of the capital Tunis, late on Saturday.

They were angered by an incident where a young man, Mohamed Bouazizi, had set fire to himself in protest after police confiscated the fruit and vegetables he was selling from a street stall, the witnesses said.

“The violent clashes ended with the arrest of scores of people,” a witness, who requested anonymity, told the Reuters news agency.

“[There was] breaking of shop windows and smashing of cars, while police fired tear gas.”

Horchani, who is a relative of the man who set fire to himself, said: “People are angry at the case of Mohamed and the deterioration of unemployment in the region.

“Regional authorities have promised to intervene.”

Horchani said Bouazizi was in a critical condition and had been transferred to a hospital in Tunis.

Footage posted on the Facebook social network site and YouTube showed several hundred protesters outside the regional government headquarters, with lines of police blocking them from getting closer to the building.

Witnesses said hundreds of extra security forces had been brought into Sidi Bouzid on Sunday and had established a heavy presence on the streets.

Tunisian activists are some of the most outspoken in the region and there were many messages of support for Bouazizi and the protest posted on Twitter.

“Let’s hope that this event in Sidi Bouzid isn’t limited to Bouazizi’s health … this is only the begining!!!” a user going by the pseudonym of @youtor_KHAN wrote.

Others condemned the lack of coverage of the rioting by Tunisian state media.

@C-Moii said she only learned about Saturday’s events from an Algerian friend, and that her friends in Tunisia were unaware of what had happened in Sidi Bouzid. 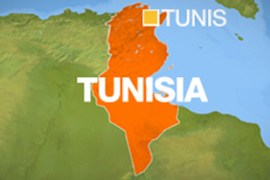 Son of former union leader calls on officials to disclose details behind 1952 killing. 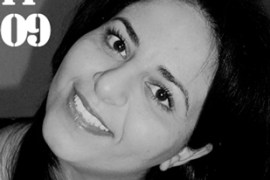 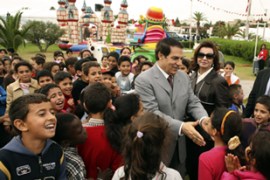 Ben Ali on course to win fifth term in office, according to initial official results. 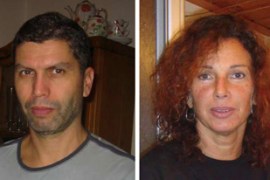 Biden walks back pledge to increase US refugee admissions