A review on the Afghan conflict, to be presented by Barack Obama, the US president, is expected to cement his stand that the country can begin withdrawing its troops in the middle of next year and complete a handover of security to Afghan forces by the end of 2014, officials have said.

The year-long analysis, to be announced by the president on Thursday, is expected to report progress but warns that daunting challenges remain, including Pakistan’s failure to move more aggressively against anti-government groups on its soil.

The review is also expected to describe the emergence of two separate fights – the first a battle to counter fighters in the south of Afghanistan, the second a more targeted effort to root out fighters in the east of the country.

Obama, who received a summary of the report on Monday, met with his so-called “war council” at the White House on Tuesday for almost two hours to review and make any final changes to the report.

He will make a public statement on the findings and an unclassified summary will be released on Thursday.

The report’s release comes as the Obama administration copes with the death of Richard Holbrooke, the special envoy to Afghanistan and Pakistan, who was also central player in the shaping of the strategy.

Meanwhile, military officials have also said that foreign and Afghan forces have pushed back the Taliban  in the key Kandahar province battleground but cementing those gains over the coming months will be the next challenge.

Hamid Karzai, the Afghan president, and his US-led foreign backers are in a race against time to prevent the fighters from regaining strength, in addition to pulling Kandahar residents away from the Taliban to the side of the Kabul-based administration.

Obama said on a recent visit to Afghanistan that  “important progress” was being made, and Robert Gates, the defence secretary, said last week Washington believes its strategy is working.

Foreign military officers operating in Kandahar also support that view, with the commander of Canadian forces there saying the number of Taliban fighters in villages they patrol  has plummeted from about three years ago.

But they have also said making those gains hold in areas like Kandahar will be crucial if perceived successes are to be taken seriously, and they can only really be judged by the middle of next year.

That is when Obama has pledged to start pulling out US troops from a war that is deeply unpopular in the US and which has, over the last 18 months, seen the biggest increase in violence since fighting began nearly a decade ago.

On Sunday, a suicide car bomber killed at least six NATO troops in Kandahar’s Zhari district, one of the most deeply entrenched Taliban strongholds.

Fighting usually increases from spring after a winter lull, although there has been no sign yet of it slowing down  this year, with military and civilian casualties at their  highest level since the Taliban were ousted in late 2001. 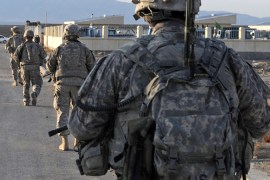 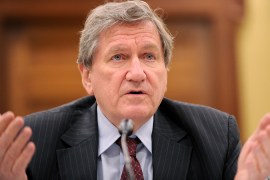 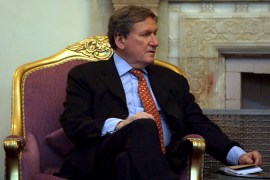 The veteran diplomat who helped bring peace to the Balkans has died at the age of 69, days after heart surgery.