The EU move, announced on Monday, will target Gbagbo and his supporters with asset freezes and a visa ban, after he claimed victory in the November 28 vote over challenger, Alassane Ouattara.

Ouattara was declared the winner by the Cote d’Ivoire election commission.

The United States has also threatened to take measures against Gbagbo, with Barack Obama, the US president, writing to say he would support efforts to isolate him if he refused to quit.

“The Council … has decided to begin, without delay, preparatory work (on) the adoption of targeted measures against those who are obstructing the process of peace and national reconciliation in particular who are jeopardising the proper outcome of the electoral process,” the EU ministers said in a statement.

Diplomats from the 27-member bloc will draw up a list of officials to be targeted by the restrictions.

Cote d’Ivoire, the world’s top cocoa producer, has been in turmoil since last month’s poll, which was meant to reunify the country after a 2002-03 civil war.

World leaders and regional bodies have recognised Ouattara as president, and the African Union has suspended Ivory Coast until Gbagbo quits. His refusal to step down threatens to compromise a $3bn aid package.

The International Monetary Fund has said it will not co-operate in the aid programme if the Cote d’Ivoire government is not recognised by the UN.

However, Gbagbo retains control of the armed forces and has rejected criticism as foreign meddling.

He has been in power since winning a disputed election in 2000, when thousands of his supporters took to the streets to help oust general Robert Guei, a military coup leader, who was accused of trying to rig the vote.

Elections due in 2005 were repeatedly put off as Cote d’Ivoire, once a haven of stability and the region’s brightest economic prospect, was caught in a cycle of attempted peace deals and renewed crisis. 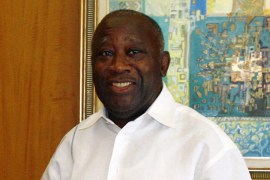 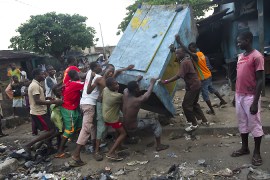