All cargo at Sanaa’s international airport will be opened and checked manually. If a suspicious item is identified, authorities will ask for help from explosives experts and intelligence agencies to see what kind of action to take.

Two explosives-packed parcels mailed from Yemen were found in the United Arab Emirates and the UK on Friday. They were addressed to synagogues in the US, but those addresses were reportedly out of date.

Some countries have stopped passenger flights to Yemen and imposed a flight ban on Yemenia, the country’s national carrier. But Yemenia has said it is doing all it can to make sure safety standards are met.

“We have decided to suspend all cargo to Europe carried by Yemenia airlines, to make our friends in Europe comfortable,” Captain Abdulkhaleq Al-Kadi, chairman of Yemenia, told Al Jazeera.

“At the meantime, we review the government procedures and how we can handle cargo from Yemen to Europe. Once we are satisfied, our clients are satisfied and security in other country are happy about us, we will go back and carry cargo. Right now it is suspended for the sake of safety.”

A team of US investigators has offered Yemen three new scanners capable of detecting explosives, but security agents are worried that al-Qaeda will find ways of devising explosives capable of eluding detection.

The parcel bombs, which were intercepted by police in Dubai and the East Midlands Airport in Nottingham, contained an explosive substance which cannot be detected by ordinary X-ray scanners.

“The US investigative team has advised Yemen to place freight security on top of its agenda,” Al Jazeera’s Hashem Ahelbarra, reporting from the airport in Sanaa, said.

“Now what they want to see Yemen do is basically upgrade its security systems and rely more on intelligence gathering to prevent any future attempts to send bombs from here to the US.”

Adding a new twist to the plot, France’s interior minister said on Thursday that one the parcel bombs was defused just 17 minutes before it was set to explode.

Brice Hortefeux made the claim during an interview with France-2 television, but did not reveal his source for the information.

The British interior ministry and London’s Metropolitan Police said they would not comment on operational matters. In Washington, Robert Gibbs, the White House spokesman, said he could not yet confirm or deny the French claim.

David Cameron, the UK prime minister, has said the bomb discovered in Nottingham was set to explode in midair, leading to speculation that neither was intended to reach their destination in the US.

Both bombs were concealed within computer printers, where the ink cartridges were packed with pentaerythritol tetranitrate, or PETN, and wired to cell phones with the SIM cards removed.

A major military and intelligence operation is under way in Yemen as authorities attempt to track down Ibrahim al-Asiri, an alleged Saudi bomb maker who is a key suspect in the bomb plot.

Al-Asiri, 28, is a reputed al-Qaeda bombmaker who last year hid an explosive in a “body cavity” of his younger brother, Abdullah, who then blew himself up in Jeddah in a failed attempt to kill a high-level Saudi counterterrorism official, Prince Mohammed bin Nayef. 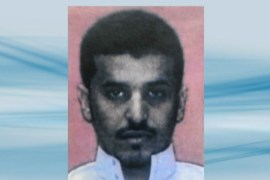 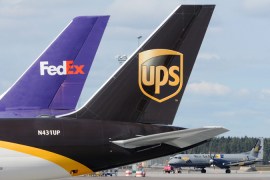 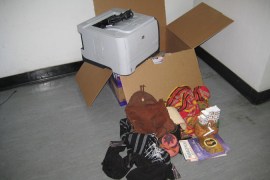 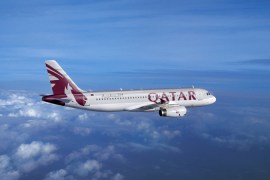