As candidates in Haiti try to whip up support ahead of the poll, many Haitians say they’re sceptical about whether a new president will make any difference in their daily lives.

More than one million people are still homeless following January’s earthquake, and criticism over the slow pace of reconstruction is growing.

Rosalind Edmond, a mother of four living in a makeshift camp, says she fears that she and her compatriots will be forgotten after the election – by the Haitian government and international donors alike. 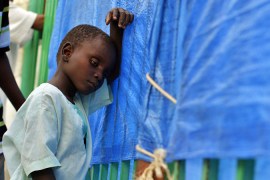 Official says epidemic is spreading faster than originally estimated and could infect hundreds of thousands. 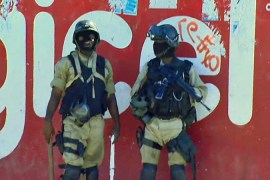 International observers are expressing concern that fraud will be rampant in Sunday’s poll. 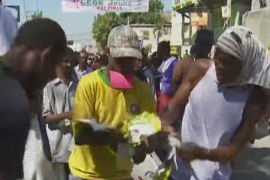 Haiti voters fume ahead of poll

Elections scheduled on Sunday amid a cholera outbreak anger many in the Caribbean nation. 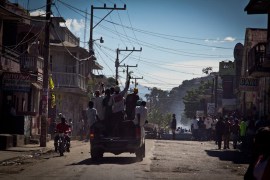 In pictures: Anger boils over in Haiti