The Nigerian army has arrested a rebel gang leader and more than 50 of his followers believed to be behind the kidnapping of 19 people in the oil-producing Niger Delta.

The military said Obese Kuna and his gang had been detained after a shootout in an operation that lasted eight hours when its troops encircled a camp in southern Nigeria’s main oil producing region on Friday.

“The military has him and 51 of his boys and is presently transferring the criminals to Port Harcourt in military-escorted gunboats,” Timothy Antigha, a spokesman for the military taskforce which polices the Niger Delta, said.

The hostages, two Americans, two Frenchmen, two Indonesians, one Canadian and 12 Nigerians, were freed late on Wednesday after being held by Kuna at a camp in Rivers state.

The armed forces have said they have taken over several rebel camps in the Niger Delta, the heartland of Africa’s biggest oil and gas industry, and that they will carry out more raids to capture gang members.

Unrest in the Niger delta risks undermining the credibility of Goodluck Jonathan, Nigeria’s president, in the run-up to elections next April. Jonathan is the first head of state from the oil region and brokered an amnesty with rebels last year.

Key field commanders of the main rebel group, the Movement for the Emancipation of the Niger Delta (Mend), which claims to be fighting for a fairer distribution of oil revenue, accepted the amnesty.

However, many observers say the amnesty has failed to address underlying issues of poverty and unemployment in the Niger Delta. Rebel leaders given stipends in exchange for turning in their weapons would eventually be replaced by others, they warned.

Patrick Wilmot, a political commentator on African affairs, told Al Jazeera that while some within Mend accepted the amnesty “in good faith”, others wanted to continue with “their kidnapping and gun-running”.

“The militants now are divided and split, some have accepted the government’s offer of amnesty, others said they did but they were secretly organising the rearmament of the movement in their camps.”

But the rebels were always factionalised and new leaders have started to emerge, including Obese, a former Dagogo gang member. The military wants to ensure such figures cannot gain a foothold by re-establishing camps in the creeks.

Mend also claimed in a statement on Friday that its fighters had ambushed a convoy of Nigerian army gunboats and killed a number of soldiers, but Antigha said he was not aware of such an attack.

Previous campaigns by Mend fighters have cost Nigeria’s oil production, currently averaging around 2.2 million barrels per day (bpd), as much as $1bn a month in lost revenues.

Mend has threatened further attacks but security experts believe a repeat of such a devastating level of unrest is unlikely at this stage, the amnesty and the arrest of several key rebel leaders having damaged the group.

It remains impossible to guard oil facilities fully against sabotage and piracy.

Oil infrastructure in the delta, a network of thousands of shallow creeks opening into the Gulf of Guinea, is extremely exposed with thousands of kilometres of pipeline passing through remote terrain. 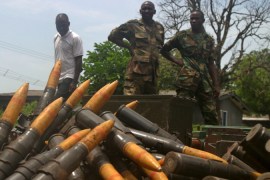 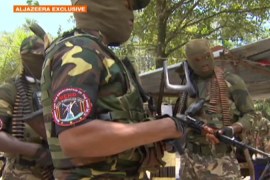 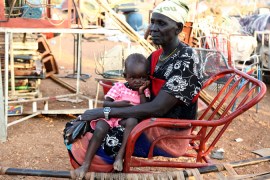 A lesson for Africa?

If southern Sudan secedes from Khartoum it could send a message to other separatist groups on the continent.