The first of 13 Cuban political prisoners who refused to accept a deal to go into exile in Spain earlier this year has been released, according to his family.

Arnaldo Ramos, a 68-year-old economist jailed in 2003, was freed on parole on Saturday.

“He was freed, and I feel very happy,” Lidia Lima, the wife of the dissident told the AFP news agency. “They brought him home just a few minutes ago.”

Her husband was now resting in a house in central Havana, she said.

Luis Enrique Ferrer, another dissident who rejected exile, was also released on Saturday and will now go to Spain after reaching a deal with the government to give his home to family members remaining in Cuba, a local human-rights official told the Reuters news agency.

Laura Pollan, a leader of the Ladies in White group, which is made up of wives of political dissidents, said another prisoner, Diosdado Gonzalez, has been told he will be released within a month.

The government of Raul Castro agreed to release 52 political prisoners following talks on July 7 with Cardinal Jaime Ortega, the archbishop of Havana. Thirty-nine were let go after agreeing to emigrate to Spain with their families, but the remaining 13 refused to be exiled.

Ramos was sentenced to 18 years in jail for dissident activities, including allegedly receiving money and support from the US to act against the communist government.

He was the oldest member of a group of 75 opponents of the Cuban government arrested in 2003. Ferrer was serving the stiffest prison sentence of the group – 28 years.

Lima said she had received a call from Cardinal Ortega on Saturday and was informed that her husband would be released.

“We have decided to stay in the country and not to emigrate,” she said. “At our advanced age, it is difficult to start a new life in a different country.” 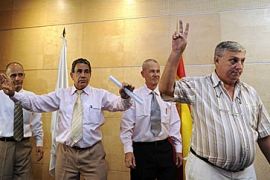 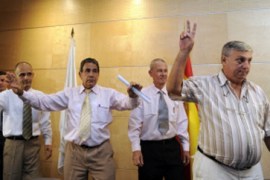