Thomas Lubanga, the Congolese warlord, will not be released and his trial for crimes of war can resume, the Hague-based International Criminal Court (ICC) has ruled.

Friday’s ruling by the ICC’s appeals body overturns a decision by a lower court in July to release Lubanga and halt his trial.

“The decision to stay proceedings must be reversed,” Sang-Hyun Song, president of the court’s appeals chamber, said.

Lubanga, 49, went on trial in January 2009 on charges of recruiting child soldiers and sending them to fight during the five year civil war in the Democratic Republic of Congo which ended in 2003.

But earlier this year, the lower court had ruled that a fair trial was no longer possible because the prosecution was refusing to hand over information to the defence.

The ICC suspended the trial on July 8, after criticising Luis Moreno-Ocampo, the chief prosecutor, for abusing court processes and ignoring judges’ orders.

Ocampo had refused to obey a court order to disclose the name of an ‘intermediary’ who had helped the prosecution team to find witnesses.

Prosecutors quickly appealed, blocking Lubanga’s release. They have since revealed the identity of the intermediary.

In Friday’s ruling, Song found the prosecutor’s behaviour wrong, but called the trial chamber’s decision to stay the proceedings “drastic”.

“The trial chamber erred by resorting immediately to a stay of proceedings without first imposing sanctions and allowing such sanctions an opportunity to bring about the prosecution’s compliance with its order,” Song said.

Lubanga surrendered to the court in March 2006 and has pleaded not guilty to the charges. The trial is the first for the international court. 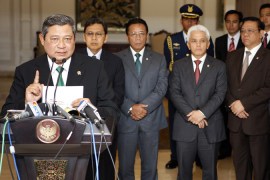 No arrest warrant against Yudhoyono

There will be no arrest warrent against Indonesian president Susilo Bambang Yudhoyono after a court threw out request. 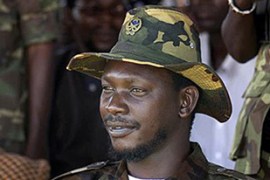 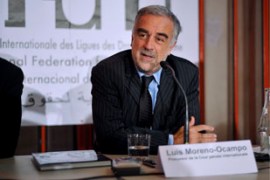 Thomas Lubanga to stay in jail for time being since prosecution can appeal.