An Amsterdam court is to decide whether to keep or dismiss a panel of judges hearing the trial of Geert Wilders, a right-wing politician accused of inciting hatred and discrimination against Muslims.

The trial was adjourned shortly after it opened on Monday, after the MP’s lawyer took exception to what he perceived as criticism from one of the judges over Wilder’s decision not to answer any questions.

Bram Moszkowicz said the remark showed that Jan Moors, the presiding judge, was biased against his client and moved to have him substituted.

A separate panel is to consider the request on Tuesday, delaying the trial for at least one day.

Wilders has been accused of inciting hate against Muslims through his short internet film, Fitna, which denounced the Quran as a fascist book, and in comments made in Dutch newspapers and on Internet forums.

Prosecutors have also accused Wilders of making comments comparing Islam to Nazism and calling for a ban on the Muslim holy book.

In his opening comments to the court on Monday Wilders repeated his argument that his comments were in the bounds of law due to freedom of speech.

“Formally I’m on trial here today, but with me, the freedom of expression of many, many Dutch people is also being judged,” he said in reference to the 1.4 million supporters who helped vote his party in at third place in June.

However he refused to answer questions put to him by the panel of three judges, leading Moors to comment that Wilders was known for making bold statements but avoiding discussions, adding “it appears you’re doing so again”.

The case comes as Wilder’s Freedom Party is close to seeing many of its policy goals realised, after agreeing to support a right-wing Dutch governmentset to take office this month.

His political allies have promised to carry out part of his anti-immigration agenda, saying they will turn away more asylum-seekers, and cut immigration from non-Western countries in half by making it difficult for foreign spouses or children to join families that have already immigrated and become Dutch citizens.

However many politicians have raised reservations about working with Wilders. 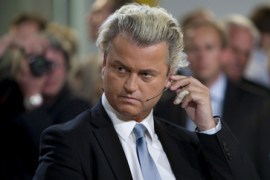 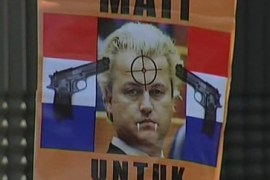 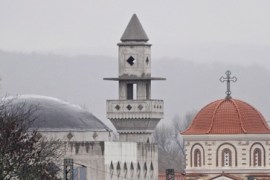 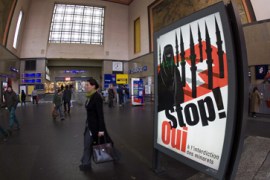