The meeting was hosted by France, which is in the midst of a fierce controversy over the mass expulsion of Roma to their homelands in Romania and Bulgaria, two EU countries.

However, the policies of Nicolas Sarkozy, the French president, towards the Roma, were not on Monday’s agenda, which dealt exclusively with immigration from outside the 27-member EU bloc.

“It’s urgent to co-ordinate,” said Eric Besson, France’s immigration minister, during the talks that brought together officials from Italy, Germany, Greece, Britain, Belgium and Canada – all major destinations for migrants.

Besson and others lamented what they said was the slowdown in processing asylum-seekers escaping war and other threats as officials tried to weed out claims for asylum by migrants who do not meet well-defined standards.

Roberto Maroni, the Italian interior minister, said he looked to the creation of a European system of dealing with illegal immigration and asylum “so that all countries have the same rules, the same standards,” as proposed by France.

Italy has cut back the arrivals of migrants from nearby Libya through a bilateral agreement with Tripoli.

But Spiros Vougias, the Greek deputy citizens’ protection minister, said his country, already vulnerable to illegal migrants, was getting “asylum shoppers” turned away from Italy.

“As one country adopts a firm policy, [migrants] find other points to come through,” he said.

Vougias said this year Greece was seeing increasing numbers of especially vulnerable migrants, including pregnant women, the elderly and children.

“We need help and we need support of the whole European Union,” he said.

France has said it also wants fellow EU members to create a transnational police force to tackle the gangs which traffic people into the continent.

“We are not afraid of anyone or anything. The European Union is not a fortress,” Besson said.

“It simply wants to promote legal immigration, which is the only type that allows for true integration.”

France’s crackdown on the Roma, mostly EU citizens who may lack work or residency papers, has come amid a tightening of security by Sarkozy, who blames the Roma for raising France’s crime rate.

France’s tactics have drawn criticism both from the EU and the Roman Catholic Church.

Sarkozy’s office confirmed on Monday that the president is pushing ahead with another contested measure, stripping naturalised French citizens of their nationality if they are convicted of attacking a law enforcement official.

The plan is to be included in a security bill that goes before parliament this month.

Dozens of people protested on Monday outside the French embassy in Bucharest, the Romanian capital, and in the western Romanian city of Timisoara over the upsurge in expulsions of Roma from France.

Some protesters carried banners saying “Stop Sarkozy” while others threw French wine, cosmetics and food in a bin.

Besson insisted that the hundreds of Roma forced to leave France in August went voluntarily with small stipends.

Others have been expelled.

Those forced to leave have been living in illegal encampments and overstayed a three-month limit for those without resources.

“The sacred principle of freedom of circulation of citizens doesn’t have limits,” said Maroni.

“The right of citizens to reside permanently in a country over the period of three months in one of the member states does have limits.”

Maroni has said Sarkozy is “right” to force Roma who violate the law to leave.

The Paris talks were aimed at helping to lay the groundwork for an EU ministerial conference on asylum from September 13 to 14. 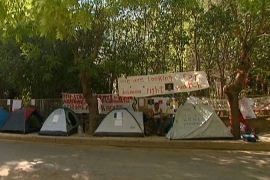 Government plans new laws after 60,000 people try to enter country in first half of 2010. 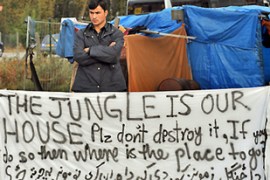 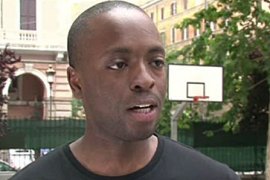 A new law pleases anti-immigration groups but others say it is excessive.