Such a link, if true, “would be destabilising for the region, it would pose a direct threat to Burma’s neighbours”, she said.

North Korea and Myanmar, also known as Burma, will be represented at the Asean Regional Forum that Clinton is attending on the Thai resort island of Phuket, and North Korea’s nuclear programme and how to promote democracy in Myanmar may be on the agenda.

And talk of military ties between the two countries has been fuelled by a North Korean ship which appeared headed towards Myanmar before turning around earlier this month as it was tracked by the US on suspicion of carrying arms.

Al Jazeera’s Divya Gopalan said that It’s not an Asean policy to take very much action – they have this non-interference policy.

“But it’s  worth noting that the reason for Hilary Clinton’s harsh words is because in the past two months North Korea walked away from the six-party talks, they’ve carried out two nuclear tests and fired seven ballistic missiles.

“It’s also interesting to note that none of these have been targeting any of the 10 main Asean nations, so it’s not in their interest to really penalise North Koreans for their action.”

Clinton also called on Myanmar to end the mistreatment of minorities and human rights abuses, “particularly violent actions that are attributed to the Burmese military concerning the mistreatment and abuse of young girls”.

And she called on the military government to release opposition leader and Nobel peace laureate Aung San Suu Kyi along with other activists.

“Our position is that we are willing to have a more productive partnership with Burma if they take steps that are self-evident:

“End the political prisoners in detention who have been rounded up by the government and other steps that Burma knows it could take; end the violence against their own people, including the minorities …; end the mistreatment of Aung San Suu Kyi.”

Earlier this year, Clinton had broached the prospect of a change in US policy towards Myanmar after years of sanctions had done little to soften the government’s hard line against opponents, but she said on Tuesday that the policy review was on hold pending the outcome of Aung San Suu Kyi’s trial.

The chief US diplomat has indicated that Washington is keen to show Asian nations that it is not distracted by its wars in Iraq and Afghanistan and intends to deepen ties in the region.

Clinton signed on Thursday Asean’s Treaty of Amity and Co-operation, a commitment to peacefully resolve regional disputes that the administration under George Bush, the former US president, had declined to sign. 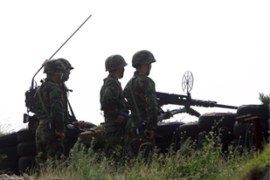 Sanctions up pressure on N Korea 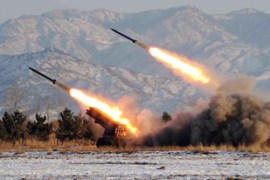 N Korea ‘will not return to talks’

Deputy leader says no six-party nuclear talks since no one respects Pyongyang’s sovereignty. 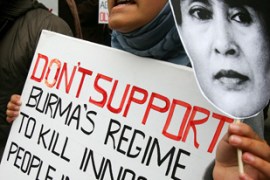 Chinese funds pour in as foreign investment nears $1bn despite calls for sanctions.