Coming up with both a short-term and longer-term solution to the country’s economic troubles is “one of the things that I’m most focused on”, he told the Associated Press news agency.

Obama said he is confident that his economic team has succeeded in bringing stability to the housing and financial markets, but he admitted that more work needs to be done to create jobs.

Sophia Koropeckyj at Moody’s Economy.com said that the US labour department highlighted the severity of the economic crisis.

“The labour market’s struggles continue, and there is little indication that conditions are improving,” she said.

About 6.5 million people in the US have lost their jobs since the recession started in December 2007. The unemployment rate has risen by 4.6 percentage points.

“This [latest report] shows the recession lives on in the United States,” Meny Grauman, an economist at CIBC World Markets, said.

“It’s a question of the pace of decline and not recovery. The economy continues to contract at a slower pace than at the beginning of this year, but it’s still a steep ride.”

Employment in manufacturing in June dropped by 136,000 over the past month, the report said, pushing the total number of jobs lost in that sector for the recession to 1.9 million.

About 244,000 people working in the services sector lost their jobs over the last month, data showed.

The only sector which took on people in June was education and health care, with 34,000 jobs created.

The latest official estimate on the state of the US economy showed that it contracted at a rate of 5.5 per cent in the first quarter of 2009.

An estimate for the fourth quarter of 2008 said that the US economy was shrinking at a rate of 6.3 per cent, marking the worst fall in decades.

Obama said last month that the US unemployment rise may break through 10 per cent before the economy eventually begins a sustained recovery. 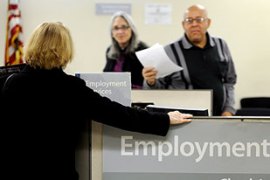 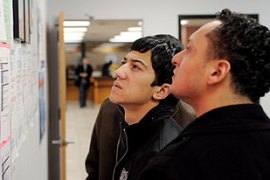 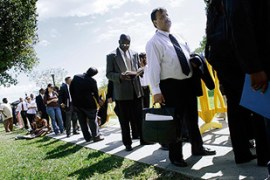 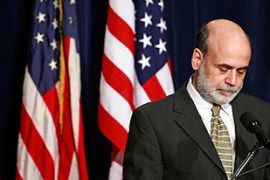