“We are also searching for pieces of the plane to be handed over to the engineers of Iranian Aviation to find the exact cause of the crash.”

It was unclear what caused the crash, but an Iranian air accident investigator said that more answers could found once the flight data recorders had been examined.

“Thank God, we succeeded to find two systems out of three information and functioning systems which are black boxes,” Ahmad Majidi, head of the committee investigating the crash, said.

“Although they are damaged we are hopeful that we can extract information from them but they should be taken to Tehran.”

Arsen Pogossian, the deputy head of the Armenian civil aviation organisation, said: “A fire broke out in one engine, and the pilot attempted an emergency landing.”

However, he stressed that this was “not an official version” of what had occurred.

Iranian state television’s website quoted Ahmad Momeni, the managing director of Iran’s airport authority, as saying that the last conversation between the pilot and the ground was “normal and did not indicate any technical glitch”.

Kieran Daly of Air Transport Intelligence told Al Jazeera the crash had “a devastating impact to the ground, which suggests that either the aircraft was completely out of control and unflyable … or that for some reason the pilot flew inadvertently into the ground”.

Television images of the scene showed a vast crater littered with debris of aeroplane parts, shoes and clothes.

“There were burnt parts scattered across the ground and I followed them and arrived at the crater,” Ahmed, an 18-year-old farmer who witnessed the crash, said.

“You could not believe your eyes. Nothing was left, but just a big hole with fire coming out of it.”

Caspian Airlines flight 7908 went down 16 minutes after takeoff from Tehran’s Imam Khomeini international airport – at 11:33am (07:03 GMT), according to aviation authorities.

Daly said that Caspian Airlines, which operates between Iranian cities and Middle Eastern and eastern European destinations, had a safety record of “varying quality”.

“It has a good statistical record but because it has been around for such a short time and is so small, [that] doesn’t say very much,” he said.

The crash is one of Iran’s worst aviation disasters.

In December 2005, 108 people were killed when a Lockheed C-130 transport plane crashed into the base of a high-rise housing block outside the Iranian capital.

Twenty-nine people were killed in September 2006 when an aircraft came off the runway after landing in the eastern city of Mashhad and burst into flames.

In November that year, a military plane crashed on takeoff at Tehran’s Mehrabad airport, killing all 39 people on board. 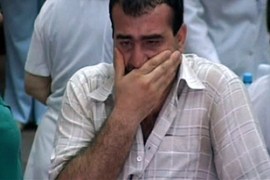 No survivors in Iran air crash 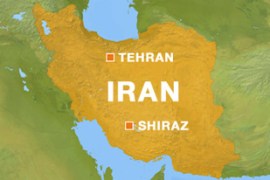