The execution of a fourteenth suspected member of the group, Abdolhamid Rigi, a brother of its leader Abdolmalek Rigi, was postponed for a few days on the request of an intelligence official seeking “necessary information” from him for a related case, Hamidi said.

Zahedan was the scene of a bombing at a Shia Muslim mosque in May that killed at least 25 people.

Authorities blamed Jundallah, which says it is fighting for the rights of minority Sunnis in the Islamic Republic, for the attack and quickly arrested a number of suspects.

The reports of Tuesday’s execution did not mention the mosque bombing, but the official IRNA news agency said that the men were convicted as “mohareb”, or one who is waging war against God, for crimes including murder, kidnappings and attacks on police.

Three people were hanged on May 30 for involvement in the mosque blast.

Sistan-Baluchestan, which shares borders with Afghanistan and Pakistan, has seen clashes between security forces and heavily armed drug smugglers, as well as suspected armed rebel groups.

Iranian authorities have said that Jundallah has close ties to “foreign forces” operating in Afghanistan, a possible reference to al-Qaeda.

The Amnesty International human rights group listed Iran as the world’s second most prolific executioner in 2008, after China, and said at least 346 people were executed last year. 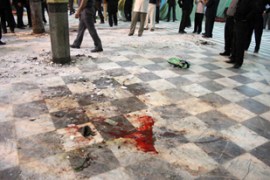 At least five dead in incident in mainly Sunni city, scene of a mosque bombing just days ago. 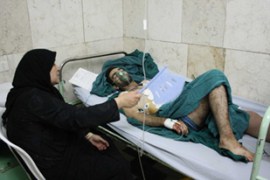 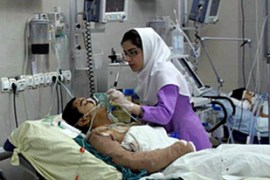 US slams recent attacks in Iran

Province governor says “terrorists” responsible for mosque attack were hired by US. 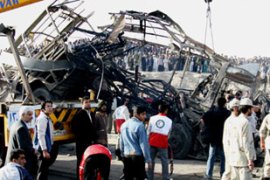