The controversy was fuelled recently by comments attributed to an adviser of Iran’s supreme leader which questioned the sovereignty of Bahrain, a Gulf Arab state which has a majority Shia population but is ruled by Sunnis.

Morocco, however, has no official Shia population, with 99 per cent of the country being Sunni Muslim, and the rest either Jews or Christians.

Sunni scholars in Morocco have denounced what they say is an effort to convert people to Shia Islam, arguing that such a practice could ultimately lead to sectarian strife similar to that witnessed in Iraq after the US-led invasion in 2003.

Furthermore, as Mohamed VI, Morocco’s king, is the country’s official religious leader, any attempt to convert Sunni Muslims has been equated to an attack on the monarchy, the foreign ministry said.

Morocco and Iran have had rocky ties since the Iranian revolution in 1979. The two normalised relations only in the late 1990s. 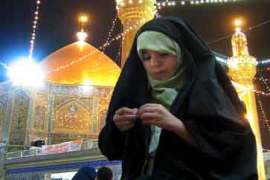 Iran and the Shia legacy

Arab unease over suspicions that belief is being spread for political gains.