“If the Afghanistan government falls to the Taliban or allows al-Qaeda to go unchallenged, that country will again be a base for terrorists.”

The US currently has about 38,000 troops in Afghanistan, in addition to the 17,000 US forces Obama ordered to be deployed in February and around 42,000 Nato troops.

But Obama also hinted that the US may be willing to talk to some members of the Taliban, saying there would be “no peace without reconciliation among former enemies”.

“In Iraq, we had success in reaching out to former adversaries to isolate and target al-Qaeda,” he said.

“We must pursue a similar process in Afghanistan, while understanding that it is a very different country.”

However, the Taliban told Al Jazeera in a statement on Friday: “Obama is repeating the mistakes of [former Russian leader Mikhail] Gorbachev.

“If more troops are going to win the war [in Afghanistan], the Russians would already have done so.”

The Soviet intervention in Afghanistan lasted from December 1979 to February 1989, during which the country’s security forces lost more than 14,000 personnel but failed to prevent the defeat of its leftist allies at the hands of the US-backed mujahidin opposition.

But James Jones, the US national security adviser, said: “With all due respect to the Taliban’s comment – we are not committing to a military strategy here and a military strategy alone … we are trying to bring a certain level of sufficiency in terms of security, But what will change is … the economic impetus that will come in on top of that.”

Obama proposed an additional $1.5n in funding for infrastructure development in Pakistan – to be voted on in the US congress – in addition to setting a goal of building an Afghan army of 134,000 and a police force of 82,000 by 2011.

There would also be a “substantial increase” in the number of civilians deployed on the ground in Afghanistan for development Obama said, and the US government would also seek “a new compact” with the Afghan government to halt corruption.

On Friday the leaders of both Afghanistan and Pakistan praised the strategy shift, with Hamid Karzai, the Afghan president, saying in a statement the move “will bring Afghanistan and the international community closer to success”.

Al Jazeera’s Kamal Hyder in Islamabad says the speech will not go down well among others in Pakistan, where there is considerable anger over drone attacks in the North-West Frontier province.

“Any attempts by the US to try to enlarge the ‘theatre of war’ into Pakistan is not likely to received well by the people and the government,” he said.

US officials have said success in Afghanistan is impossible without tackling Taliban enclaves in Pakistan, whose government is beset by political turmoil.

The US’s new strategy was announced on the same day that Mike Mullen, the top US military officer, said that there were “indications” that elements of Pakistan’s Inter Services Agency (ISI), its intelligence service, are assisting al-Qaeda and the Taliban.

“There are certainly indications that’s the case … Fundamentally that’s one of the things that has to change,” Mullen said in a television interview on Friday.

Obama made the issue of Afghanistan a cornerstone of his foreign policy, appointing Richard Holbrooke, a diplomatic veteran, as special representative to Afghanistan and Pakistan in addition to ordering the strategic review. 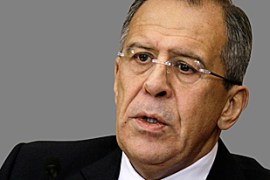 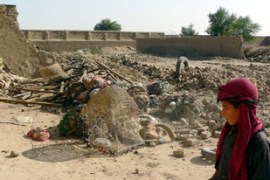 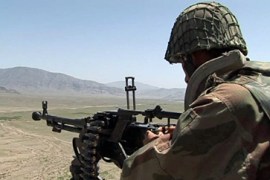 Pakistan’s government has little control over the western border region.