In August North Korea all but froze work on disabling its nuclear programme after disagreeing with the US on how to verify its past nuclear activities.

A round of talks in Beijing in December failed to resolve the dispute.

China is North Korea’s biggest international benefactor and its closest ally, and regional powers have been looking to Beijing to calm tensions in the region.

Qin Gang, the Chinese foreign ministry spokesman, did not indicate what steps China would take but said on Thursday said that Beijing “sincerely hopes” the next round of talks can be held as soon as possible.

He said the timing would depend on whether the delegations can agree on when to meet and “whether the conditions are right”.

Kim, who is no relation to North Korean leader Kim Jong-il, has made no public comment during his visit to the Chinese capital.

His visit comes amid escalating tensions on the Korean peninsula, with North Korea preparing for what it says is the launch of an experimental communications satellite.

Pyongyang on Wednesday reasserted its right to launch a satellite, saying that Russia, Iran, India and many other countries have been pursuing peaceful space programmes.

But the launch, widely believed to be a cover for a ballistic missile test, has sparked international concern.

On Thursday neighbouring Japan announced that it was planning to move Patriot interceptor missiles to its northern coast in case the North’s planned rocket launch fails.

Yasukazu Hamada, the Japanese defence minister, said some of the six batteries of PAC-3 missiles, now located in and around Tokyo, may be shifted to intercept fragments that might fall in Japanese territory.

North Korea has announced plans to launch the rocket between April 4 and 8, and has designated the waters off Japan’s Akita and Iwate prefectures as a risk zone for falling debris.

It indicated that the launch would take an easterly direction, taking the rocket over Japan and the Pacific Ocean.

Underscoring its concern Taro Aso, the Japanese prime minister, has warned he will push for fresh international sanctions against North Korea if it proceeds with the rocket launch, regardless of its payload.

“We will make a comprehensive decision, including the possibility of imposing tougher sanctions,” he told a parliamentary committee.

Hirofumi Nakasone, the Japanese foreign minister, said Japan will consider any rocket launch to be a missile test, even if the payload was a satellite.

“Obviously, it is our country that faces the most serious threat,” he said. “We plan to take a leadership role so that the entire international community will join in solid action to support sanctions.”

Japan imposed tight trade sanctions against Pyongyang in 2006 after it tested ballistic missiles in waters between the two countries and conducted an atomic weapons test. 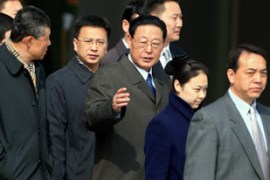 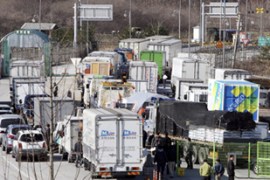 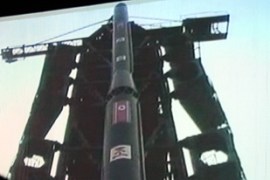 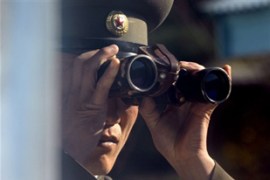