Less than 48 hours later Stephen Carroll, a policeman, was shot in Craigavon, southwest of the city, an attack claimed by Continuity IRA, another dissident republican group.

He said the latest violence could “seriously endanger the political process under way in Northern Ireland and risk extinguishing so many hopes raised by it in the region and in the entire world”.

“I pray to the Lord, so that no one allows themselves to be again won over by the horrendous temptation of violence.”

Gordon Brown, the British prime minister, said Northern Ireland was displaying a degree of unity against the attacks “that some people thought they would never see in their lifetime”.

He said the peace marches revealed “the defiance and the determination to stand up to the evil of criminal violence … to say with one voice that the peace that the people of Northern Ireland are building, no murderers should ever be allowed to destroy”.

Peter Robinson, Northern Ireland’s first minister, said he was “sickened” by the attacks, while Martin McGuinness, his deputy, called the killers “traitors to the island of Ireland”.

Northern Ireland endured three decades of civil unrest known as the Troubles in which around 3,000 people were killed.

Paramilitary attacks in Northern Ireland are now relatively rare but the last 18 months have seen an upsurge in violent activity from republican paramilitaries opposed to the peace process. 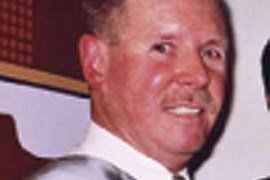 Arrests made over N Ireland attack 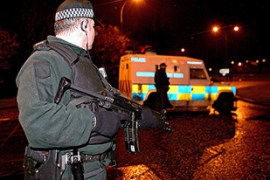 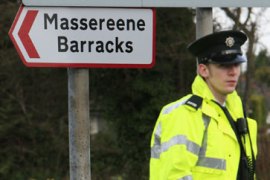 Alan Fisher says attack on soldiers was considered inevitable by the security forces. 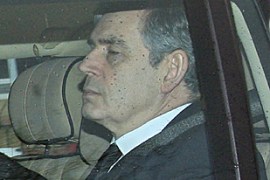 British PM says killings at UK army base will not halt peace process during visit to area.