Israel and Hamas, the Palestinian group, declared separate ceasefires last month after a 22-day Israeli offensive in the Gaza Strip that killed at least 1,300 Palestinians, many of them women and children.

Halting the Palestinian fire was one of Israel’s stated aims for the air, naval and ground assault that also caused hundreds of casualties and destroyed much of the territory’s infrastructure.

But there has been sporadic rocket fire across the border and a number of Israeli air raids since the truces were announced.

“Hamas was given a very serious blow and if necessary it will be given another blow,” Ehud Barak, Israel’s defence minister and the leader of the Labor party, said.

Tzipi Livni, the foreign minister and head of Olmert’s Kadima party, said that Israel must respond to rocket attacks “immediately”.

Al Jazeera’s Jonah Hull, reporting from Jerusalem, said that the cabinet wanted to show that offensive had been successful in undermining Hamas’s ability to operate in Gaza, but the continuing rocket fire brought that into question.

“For Barak and Livni there is a strong desire to show the Israeli public that the security interest of Israeli citizens is still uppermost in their minds,” he said.

“The Israeli government is keen to demonstrate, as much for domestic consumption as anything else with an election coming up, that it is firmly committed to hitting Hamas hard in reponse to any firing of rockets.”

Hamas said that the statements were a “campaign stunt” in the run-up to the February 10 elections.

“We condemn the statements by Olmert and others today threatening the Gaza Strip,” Taher al-Nunu, a Hamas spokesman, said in a statement on Sunday.

Egyptian mediators have been attempting to secure a long-term ceasefire addressing Israel’s concerns over rocket attacks and weapons smuggling into Gaza, as well Palestinian demands for the siege of the territory to be lifted.

Benjamin Netanyahu, the leader of the Likud party which is currently the frontrunner for the election according to opinion polls, saved his rhetoric for Iran, saying that if elected prime minister his first task would be to tackle its nuclear threat.

“Iran will not be armed with a nuclear weapon. That is a fact,” he said on Israel’s Channel 2 television.

Netanyahu said that he would do “everything that is necessary to make this statement come true”.

The United States and allies have said that Iran is enriching uranium for use in nuclear weapons, but Tehran insists that its nuclear programme is for civilian enery production.

Al Jazeera’s Hull said that Netanyahu was the only one of the contenders for the premiership who was not involved in the planning and execution of the war on Gaza, yet it actually served to boost his poll ratings.

“But Netanyahu also goes one step further in his platform of total security for Israel, bringing in Iran … Netanyahu knows that stance, Iran very firmly linked in the minds of Israelis to Hamas, is a very popular one.” 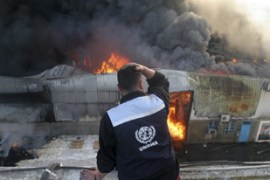 Pressure mounts on Israel to answer accusations of war crimes in Gaza Strip. 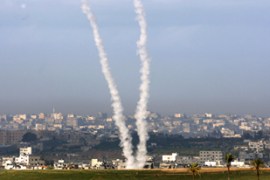 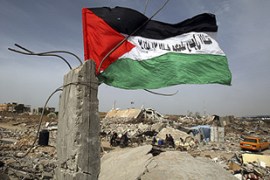 Carter says Hamas must be included

Former US president says Palestinian group must be included in any permanent peace deal. 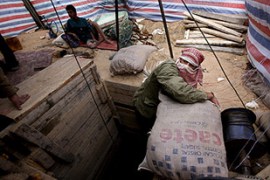