One never knows what to say about the on again, off again negotiations to free Gilad Shalit, an abducted Israeli soldier, and the seemingly unending media stories announcing an imminent deal.

But there are now enough serious signals that a deal is close, that it is worthwhile considering what could happen and its possible impact on Israeli-Palestinian relations.

The outline of the proposal is that in return for releasing Shalit, Israel will release 450 Palestinian prisoners, including the most prominent, Marwan Barghouti.

So, what is different now from previous rumors of a deal? Well, first of all, the Israeli military censor has thrown up a complete embargo over coverage of this issue.

The only thing Israeli media can do is speculate about the matter. They cannot report on what any minister, intelligence officer or military commander might have to say. And most importantly, they cannot disclose any of the Palestinian prisoners’ names for fear of inflaming Israeli opinion against the exchange.

This is unprecedented in Israeli history and can only mean that Israel realises that any false note introduced into the mix could doom the negotiations.

Even more importantly, this right wing government is extremely sensitive to criticism from its farther right flank and blanket censorship is one way to dampen that.

The Israeli far right is opposed to the exchange on tactical and strategic grounds.

Firstly, the idea of freeing prisoners with ‘blood on their hands’ sticks in the average Israeli’s craw. Suicide bombings against Israeli civilians have essentially destroyed the left and soured Israelis on the possibility of long term peace with Palestinians.

Secondly, the far right does not want any peace agreement with the Palestinians since it knows that such a deal would involve Israeli territorial compromise. This eventuality is anathema to the settler movement, which powers much of the extreme nationalist right. And in fact, this group believes that the only solution to the conflict is all-out war and eventual Israeli domination.

Thirdly, these forces are adamantly opposed to any negotiation with Hamas. An agreement even indirectly negotiated with a group viewed as an implacable enemy of the state of Israel is inimical to them.

Fourthly, the far right sees Marwan Barghouti as a much stronger leader than Mahmoud Abbas, the current Palestinian president, and therefore fears his release.

Ever since Shalit’s capture, speculation has been rampant that Barghouti would be included in the exchange.

He is the most respected Palestinian political leader – including Abbas and even Ismail Haniya, the Hamas prime minister in Gaza – and a potential future leader of the Palestinian Authority (PA).

In today’s Palestine, his role and stature is roughly akin to that of Nelson Mandela in apartheid-era South Africa.

The current leadership of the PA under Abbas is viewed as exceedingly weak by Palestinians, Americans and Israelis.

Through a series of political miscalculations – tabling the Goldstone report in Geneva among them – and a condition that is no fault of his own – Israel’s refusal to show meaningful signs of good faith in matters like removing roadblocks or freezing settlements – Abbas has been discredited.

A massive prisoner exchange negotiated under Hamas auspices will condemn Abbas to total irrelevancy in Palestinian eyes. Therefore, the potential ascendancy of Barghouti could be a portent of a reinvigorated Fatah specifically and Palestinian national movement generally.

Neither the PA, Hamas, nor the Obama administration have made any public statements about Barghouti’s impending freedom.

Although Hamas is locked in a bitter struggle against Fatah and the PA, Barghouti has extraordinarily good relations with fellow Hamas prisoners and his release could expedite a rapprochement between the two warring sides.

Given how depressing – for anyone seeking peace, which excludes the Netanyahu government – the current situation is, it is important to note that even if Barghouti is released it does not mean that this will single-handedly transform the situation for the better.

Such a reconciliation could work one of two ways: Either a consolidated Palestinian leadership under Barghouti could then become a much stronger and coherent partner in any future peace negotiations led by the US; or Barghouti might use his ascendancy to focus inward on Palestinian solidarity and turn away from negotiations with Israel if he judges them to be unlikely to result in any agreement he could sign.

Given the far-rightist nature of the Israeli governing coalition the latter option is not to be dismissed.

While the US has made no statements about Barghouti, I believe that the general pragmatic thrust of current policy would welcome his release and attempt to use it to build a bridge to the Palestinian side and encourage it to join negotiations – with the caveat, of course, that the Palestinians must feel that they have something to gain by doing so, which is not currently the case.

I am afraid that the current Israeli government has proven itself adept at outwaiting and outsmarting Barack Obama, the US president, and the PA, so it is doubtful that a PA headed by Barghouti could work any immediate miracles.

Still, the Netanyahu government, secure and stable as it now seems, will not be so forever. Indeed, if a strong PA leader comes on the scene – one that Israelis feel could be trusted to deliver on his promises and who could carry Hamas with him – then the electorate might feel more secure in electing a more forthcoming government.

It is not outside the realm of possibility that a more pragmatic leader, like Tzipi Livni, could be elected within a year or so and actually proceed to final status talks and negotiate a deal with the Palestinians.

Of course, there are many rivers to cross before we get to that point, but in the long term Barghouti’s release could produce positive results for peace. 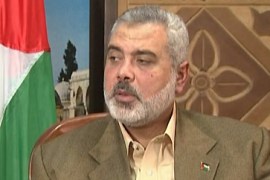 In rare interview, Ismail Haniya tells Al Jazeera he is hopeful about a prisoner swap. 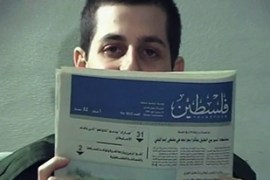 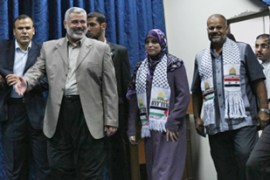 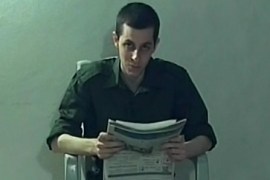