About 15,000 police officers had been deployed for the match and supporters had been kept apart before kick-off.

However, Egyptian fans said that stones were thrown at their bus as they made their way back to Khartoum airport after the loss.

“All of them are considered minor injuries,” he said.

“In spite of the violence in football games, including the attack of Egyptian fans on the Algerian players in 1998, all these things have passed away as the relationship between the two governments has always been excellent,” he said.

“But the growing pressure from the Egyptian street to step in and find some resolution to these Algerian actions either in Algeria or in Sudan is mainly behind this action by Egypt today.

Thursday’s summons was the second time Abdelkader Hadjar, the Algerian ambassador, had been called to the foreign ministry in a week after a previous fixture between the two sides in Cairo had led to to attacks on Egyptian businesses and homes in Algiers.

“Egypt also expressed its outrage and it denunciation after continuing reports and many appeals from Egyptian citizens residing in Algeria over the assaults and intimidation they face,” the ministry said in a statement.

The earlier match played last Saturday between the two sides in Cairo had also triggered violence, with the Algerian team complaining that their team bus was attacked by Egyptian fans.

“Disciplinary proceedings have been opened against the Egyptian Football Association,” Fifa said in a statement on Thursday.

“According to the official reports received by FIFA, on November 12 there were incidents affecting the Algerian team on their way from the airport to the hotel.” 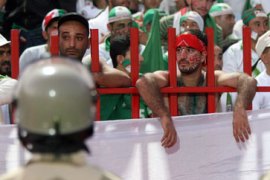 About 15,000 police deployed in Sudan for the grudge World Cup football qualifier. 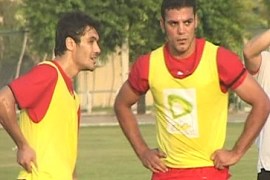