Speaking ahead of a World Food Summit which starts on Monday in Rome, Sheeran said the WFP was on track to raise only around half the $6.7bn it had targeted for this year, with most of it coming from national governments.

While this year’s forecast $3.7bn budget would be WFP’s second highest ever, it was still not enough to tackle the humanitarian crises around the globe, she said.

Sheeran said the WFP was facing “a year of tough choices” as a drought in the Horn of Africa, floods in the Philippines and conflict in northern Pakistan stretch its ability to cope with emergencies.

This also came against a backdrop of high hood prices in the developing world after the 2007-2008 food crisis, which have forced tens of millions more people into hunger.

“The problem at the moment is that WFP probably has 10 or 12 acute emergencies on its hands, each one complex, each one with its own compelling situation and none that can really afford to be neglected,” Sheeran said.

“We are cutting rations, but we would rather send a message to the citizens of the world to help us fill this food cup. Because it’s just not an acceptable choice to not stand with those hungry right now.” 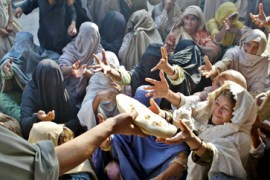 Who is to blame for rising hunger? 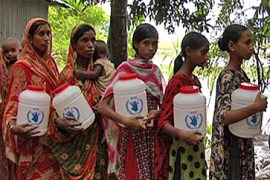 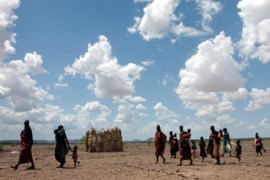