“We have to say no to impunity. We owe it to our Argentine society.”

Bignone, 81, rocked back and forth in his chair as the charges against him were read in court. He and the other defendants could face up to life in prison if convicted.

The accused “look like old men but they have committed genocide,” Taty Almeida, a member of Mothers of Plaza de Mayo, a human rights group, said in the courtroom.

Almeida’s son, Alejandro Martinez, was a 20-year-old medical student in 1975 when he was kidnapped and murdered by the military.

“When I see them there I feel repulsed but I also feel a great deal of achievement because they’re being put on trial,” Taty Almeida said.

More than 130 witnesses are expected to be called to testify against the defendants during the trial which could last up to five months.

Prosecutors say that Bignone had ultimate responsibility for a series of alleged abuses at the Campo de Mayo military base from 1976 to 1978, as well as a number of illegal break-ins and deprivations of freedoms.

Patricia Fernandez, the wife of Cancho Scarpati, who was tortured in Campo de Mayo, said the trial was important in revealing what took place during Argentina’s so-called “Dirty War”.

“It is really important that a light is cast on what happened and these public hearings are an occasion to make clear how many illegal detention centres there were in Campo de Mayo, how long they were active and who were the responsible ones.”

According to a government report, more than 11,000 people died or disappeared during a crackdown on leftists and other opponents of the military government that ruled the country from 1976 to 1983.

Human rights groups say the number is closer to 30,000.

Bignone, who is currently living under house arrest, was the last of four military leaders in Argentina.

He handed over the presidency to Raul Alfonsin, the country’s first democratically elected leader after the dictatorship ended in 1983.

In 2005, Argentina’s Supreme Court, at the urging of Nestor Kirchner, the then-president, struck down two amnesty laws that shielded hundreds of former officers from charges of human rights abuses during the dictatorship.

Since then, several people have been convicted of crimes during the years of military rule and sentenced to prison. 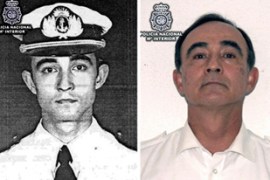 Spainish judge orders pilot to be held in connection with deaths during “dirty war”. 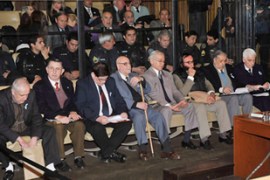 Ex-army chief gets life term for 1977 kidnap, torture and murder of four activists. 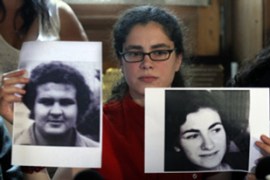 “Stolen child” of an Argentine dissident brought case against her adoptive parents. 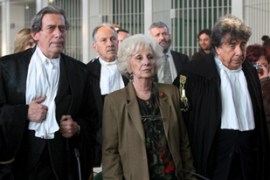