South Africa’s Archbishop Desmond Tutu, awarded the prize himself in 1984, hailed the award as “a magnificent endorsement for the first African-American president in history”.

But world reaction to the decision has been mixed, with the Taliban in Afghanistan saying it was absurd to give the prize to Obama when he had ordered 21,000 extra troops to Afghanistan this year.

In his speech from the White House, Obama said: “Let me be clear, I do not view it as a recognition of my own accomplishments, but rather as an affirmation of American leadership on behalf of aspirations held by people in all nations.

“We cannot tolerate a world in which nuclear weapons spread to more nations and in which the terror of a nuclear holocaust endangers more people.

“We must pursue a new beginning among people of different faiths and races and religions, one based upon mutual interest and mutual respect.”

The president said he would accept the award as a “call to action” for all nations to confront the common challenges of the 21st century.

“And we must all do our part to resolve those conflicts that have caused so much pain and hardship over so many years,” he said.

The Taliban condemned the decision saying that Obama has “not taken a single step towards peace in Afghanistan”.

An aide to Mahmoud Ahmadinejad, the Iranian president, said the award should prompt Obama to begin to end injustice in the world.

“We hope that this gives him the incentive to walk in the path of bringing justice to the world order,” Ali Akbar Javanfekr, Ahmadinejad’s media aide, said.

“We are not upset and we hope that by receiving this prize he will start taking practical steps to remove injustice in the world.

Yukio Hatoyama, the Japanese president, and Angela Merkel, the German chancellor, both said the prize should encourage everyone to help Obama rid the world of nuclear weapons.

“I think the peace prize was given with such a hope,” Hatoyama told reporters on a visit to Beijing.

Merkel said Obama had shifted the tone towards dialogue in a very short time.

“There is still much left to do, but a window of possibility has been opened,” she said in Leipzig.

Obama, 48, wins the award while still being the commander-in-chief of US-led wars in Afghanistan and Iraq.

“Only very rarely has a person to the same extent as Obama captured the world’s attention and given its people hope for a better future,” Thorbjoern Jagland, the head of the Nobel committee, said.

“His diplomacy is founded in the concept that those who are to lead the world must do so on the basis of values and attitudes that are shared by the majority of the world’s population.

“Obama has, as president, created a new climate in international politics.

“Multilateral diplomacy has regained a central position, with emphasis on the role that the United Nations and other international institutions can play.”

The only US presidents to have won the award while in office are Theodore Roosevelt in 1906 and Woodrow Wilson in 1919.

Roosevelt was awarded the prize for his contribution to the negotiations that led to the Treaty of Portsmouth which ended the Russo-Japanese War in 1905.

Wilson received the award for his part in founding the League of Nations.

Alfred Nobel, the inventor of dynamite, provided in his will for the establishment of the Nobel prizes in 1895.

The possible detrimental use of dynamite is believed to have influenced Nobel in leaving a better legacy after his death.

The Nobel Committee said that Obama had made “extraordinary efforts in international diplomacy and co-operation between peoples”. 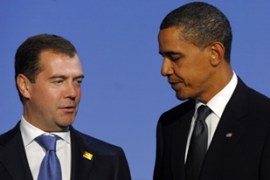 US president gets top honour for global peace and nuclear disarmament efforts. 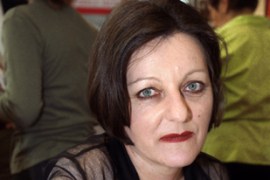