Mahinda Rajapakse, the Sri Lankan president, hailed the capture of Kilinochchi as an “unparalleled victory”.

An official at the president’s office said earlier in the day that troops had entered the town from two places.

Military sources said the army had used a two-pronged offensive to enter the town from the north and the south.

The army had claimed on Thursday to have captured a key crossroads 2km from Kilinochchi and predicted they would take the town within days.

Al Jazeera’s Minelle Fernandez, reporting from Colombo, says losing the town will be a big blow to the LTTE, but not one they cannot recover from.

“If they lose Kilinochchi, it will very much be a psychological drawback for the Tigers because they had said they would not allow it to be taken.”

There has been no response from the Tamil Tigers about the military claim.

It was also not possible to independently verify the army’s claims as journalists are not permitted in the vicinity of military operations.

Rajapaksa has vowed to crush the LTTE and end the nation’s 25-year-old civil war this year.

The Tamil Tigers have been battling security forces, seeking a separate homeland for ethnic Tamils in the country’s north and the east. They say the Sri Lankan government, dominated by Sinhalese, has been unfair to the ethnic Tamils. 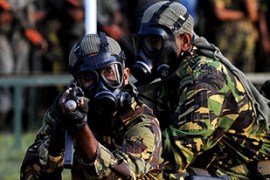 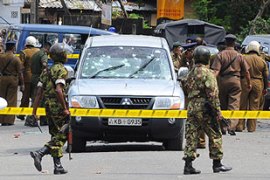 Separatists say they are willing to negotiate, as military push continues in north. 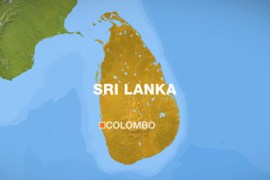 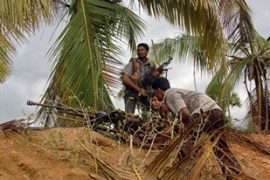 Army claims to have captured Mulliawalai in northeast after heavy fighting.