The group said France must also pull its warships from Somalia’s coastal waters, where they are tackling piracy.

The French hostage was one of two French agents abducted on July 14, though the second man escaped last month and returned to France.

The agents were in the country to train Somali government forces. Somalia’s armed opposition movements had threatened to put them on trial for spying and conspiracy against Islam.

In exchange for his release, al-Shabab demanded the “immediate cessation of any political or military support to the apostate government of Somalia”.

“It is a government that was founded in Djibouti with the support of a majority in Somalia,” Bernard Kouchner, the French foreign minister, told France Info radio.

“I have met President Sharif and his ministers on two occasions, and they represent Somalia. It is completely false to say we are supporting an illegal government.”

The US says al-Shabab, which is fighting to remove the current transitional federal government and impose sharia, or Islamic law, has ties to al-Qaeda, a claim the group denies.

About 4,000 African Union peacekeepers from Burundi and Uganda are stationed in Mogadishu to protect government installations.

They have occasionally clashed with al-Shabab fighters as they try to stop the fighters’ advance.

Somalia has been ravaged by violence and anarchy since warlords overthrew Mohamed Siad Barre, a former dictator, in 1991, before turning on each other. 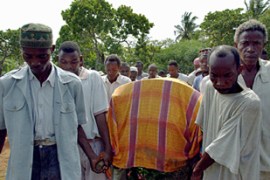 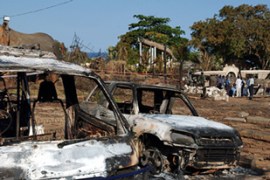 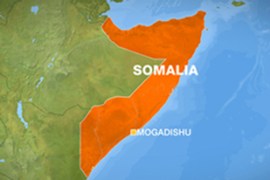