“I hope authorities … have the courage to announce that this ruling system is neither a republic nor Islamic and that nobody has the right to express opinion or criticism.”

Al Jazeera’s Alireza Ronaghi, reporting from Tehran, said Montazeri’s statement is significant because he was once in line to succeed the late Ayatollah Ruhollah Khomeini [Khamenei’s predecessor] as Iran’s supreme leader.

But Montazeri was passed over for criticising what he called the excesses of the 1979 Islamic Revolution.

“He has been a vocal critic of the government and what he is saying now is only harsher in tone,” our correspondent said.

“Because of what has happened after the election, Ayatollah Montazeri, as well as some other critics of the Islamic Republic, find it necessary to put more pressure on the Islamic government by at least adopting a harsher tone,” he said.

But Seyed Mohammad Marandi, a political analyst at the University of Tehran, told Al Jazeera that Montazeri has been “saying the same thing for around 25 years”.

He said the cleric was also saying the same thing during the rule of Ayatollah Khomeini.

“After his inner circle was discovered to be linked to Mujahedin terrorists based in Iraq, he was isolated by the reformists. He is not a major player and has always been very critical,” said Marandi.

Iran’s June election returned Mahmoud Ahmadinejad, the country’s president, to power, but the opposition has disputed the poll, saying it was rigged.

Iranian officials had previously portrayed the protests as a foreign-supported attempt to overthrow the Islamic Republic.

They accused the US, Britain and other Western powers of stoking the unrest, a charge London and Washington denied.

But Iran’s supreme leader said on Wednesday that he did not believe the leaders of the opposition protests were backed by foreign states.

“I do not accuse the leaders of recent events as being the agents of foreigners, including America and Britain because it has not been proven to me,” state television quoted Khamenei as saying.

“But there is no doubt that this movement, whether its leaders know or not, was planned in advance,” he said. 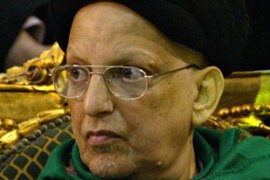 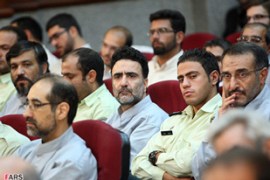