In June, boats carrying food aid from WFP to the remote area of Akobo in Jonglei state were attacked and sank, forcing the organisation to start airlifting food to the displaced with the help of the United Nations peacekeeping mission in Sudan.

The violence comes as the government in Khartoum and the autonomous government in South Sudan, led by the former rebels of the Sudan People’s Liberation Movement, prepare for a referendum in 2011 on whether to split.

With the security situation deteriorating and the rainy season getting under way, many areas are inaccessible to aid organisations and WFP is considering returning to distributing assistance by food drops.

“We will hire larger airplanes and we will start airdropping, dropping the food from the sky,” Kenro said.

WFP is appealing for $44m to purchase and transport the 22,000 metric tonnes of food needed to feed the hungry in the south.

Southern Sudan is the least developed region in Sudan after a two-decade civil war, which ended with the signing of peace deal in 2005, and the situation has been worsened by plummeting oil prices.

“There’s probably no other government in the region that’s been more negatively affected by the global meltdown, economic meltdown, than the government of Southern Sudan,” Liz Grand, a UN humanitarian co-ordinator for Sudan, told Al Jazeera.

“The government is almost wholly dependent on oil for its budget revenues. When the price of oil plummeted, the amount of money the government of southern Sudan had, also plummeted.”

Most of Sudan’s oil is from southern oil fields, but pipelines and other infrastructure lie in the north. 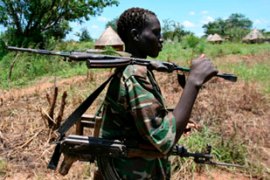 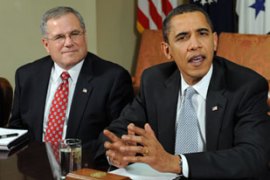 US envoy for easing Sudan sanctions

Scott Gration seeks Khartoum’s removal from US list of “state sponsor of terrorism”. 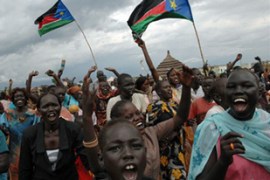 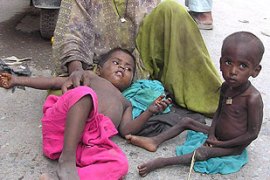