“This country must survive.”

The proposal comes after anti-government protests last week in which nearly 600 people marched on the streets of the capital Kuala Lumpur demanding an end to a controversial security law.

An unnamed source told Reuters news agency: “They [the government] are looking to tweak the technical and legal details of implementing this internet filter, setting the stage for its implementation late this year or next year.”

The country’s opposition has described the move as a “horror of horrors” that would destroy the relative freedom of the internet in Malaysia, where the mainstream press is tightly controlled.

The memory of deadly racial racial riots in 1969 is still strong in Malaysia, and the need to preserve peace between majority Muslim Malays, and the minority ethnic Chinese and Indians, is commonly invoked by the government.

In July, China indefinitely postponed its controversial plan requiring all computers sold in the country to have specially designed internet filtering software installed.

China said the Green Dam software was designed to block internet pornography and protect children, but the policy drew flak from industry and human rights groups as well as foreign governments.

They said it distorted fair market competition and could be used to tighten Beijing’s grip on political dissent.

Malaysia’s lively blogosphere has been a thorn in the side of the Barisan Nasional government, which has ruled for more than half-a-century, but was dealt its worst ever results in elections a year ago.

Internet news portals and blogs, which escape tight controls on the mainstream media, were credited as a key element in the swing towards the opposition which heavily used new media to communicate its ideas. 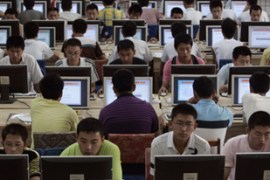 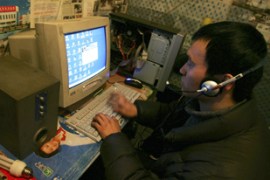 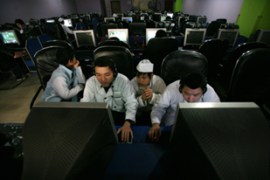 Expert says spying could be motive behind move for filtering software in computers.