A statement from the office of Benjamin Netanyahu, the prime minister, said on Sunday: “We are deeply disappointed by the Russian government decision to keep up relations with terrorist groups.

“Hamas is a terrorist organisation, recognised as such internationally, including by the Quartet,” it said, referring to the international Quartet for Middle East peace of which Russia is a member.

Russia had recently criticised Hamas for not doing what it considers enough to achieve reconciliation with Mahmoud Abbas, the Palestinian president, and his Fatah faction.

Hamas had, in turn, shown little enthusiasm for Russia’s plans to hold a Middle East peace conference this year, partly because Palestinians would have been represented by Abbas.

But Lavrov said the mood had changed.

“Everybody expressed and confirmed their support for the conference later this year in Moscow for the Middle East, and confirmed that the necessary conditions would be created for that to happen.”

“The responsibility that Hamas feels is not just for what happens in Gaza, but for the fate of the entire Palestinian people.”

Russia’s proposed meeting would be a follow-up to one organised by the United States in Annapolis, Maryland in November 2007, during the tenure of George Bush, the former US president.

Russia is the only member of the Quartet of Middle East negotiators – which includes the European Union, the United Nations and the United States – that does not boycott Hamas. 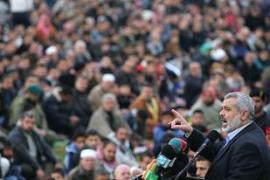 Former US officials call on president to hold talks with Hamas, newspaper reports. 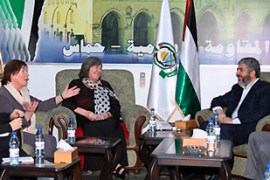 The MPs say the talks are necessary to make progress towards peace. 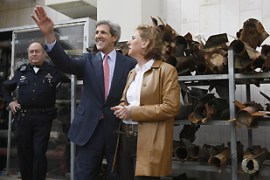 Senator says US will not change tough line on Hamas as Israel continues Gaza attacks.