Mugabe, 84, faces the greatest challenge to his 28-year hold on power. Two rivals accuse him of being responsible for a severe economic crisis that has brought the country to a virtual standstill.
One of his rivals said on Wednesday he believed the opposition could win even though he believed the vote would be rigged.
Mugabe did not elaborate on the increases of civil servants’ salaries, saying respective ministers would make their announcements.
Zimbabwe’s public sector has been plagued by strikes in recent months with workers pushing for pay increases that can keep up with a galloping inflation rate which now stands at over 100,000 per cent.
Serious threat
During his address to supporters in Inyathi, Mugabe urged schoolteachers who began walkouts a fortnight ago to return to their classrooms.
“Teachers, please, please, we don’t want strikes. Why go on strike when you have a good case?” he asked.
Analysts say that while the veteran ruler faces a splintered opposition, his government’s failure to arrest the sharp economic decline poses a serious threat to his bid to retain power.

Both his opponents, former finance minister Simba Makoni and long time rival Morgan Tsvangirai, have made the economy a centrepiece of their presidential campaigns.

Tsvangirai, leader of the Movement for Democratic Change (MDC), told South African radio that conditions were no better than for past elections – when he says Mugabe used fraud and intimidation – but that the opposition would still win.
Cautious optimism
“We have been in this round before and I can say that the conditions have not improved,” he told Talk Radio 702.
“But surprisingly I am cautiously optimistic about the mood on the ground.”
Mugabe has tried to woo mainly rural voters with farm equipment and subsidised loans.
At the weekend, he also signed a bill giving locals the right to take majority control of foreign-owned companies.
Mugabe, in power since Zimbabwe gained independence from Britain in 1980, denies mismanaging the economy and says it has been sabotaged by Western states as punishment for his land reforms, which include confiscating farms from white farmers.
Source : News Agencies 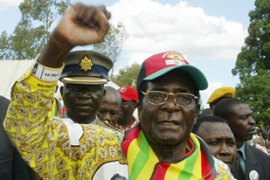 Critics say move to give nationals majority control of businesses can hurt economy. 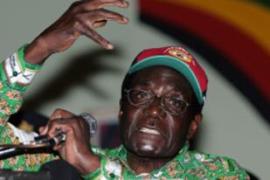 Minister says observers will be invited on the basis of their “impartiality”. 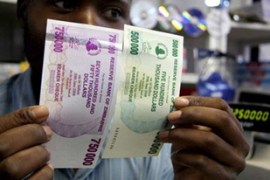 One hundred US dollars will now buy almost 20kg of local currency. 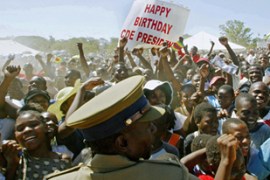 Zimbabwean president launches election campaign at rally for his 84 birthday.