Pakistan has protested in the past about missile attacks on its territory, aimed at Taliban forces in tribal areas, but it is the first time officials have alleged a direct attack by foreign troops on its soil since 2001.

“At least 20 innocent citizens of Pakistan including women and children were martyred,” he said.

Yousuf Raza Gilani, Pakistan’s prime minister, also criticised the attack, saying in a statement that “no external forces could be allowed to launch an attack in Pakistan’s territory”.

A spokesman for the Nato-led International Security Assistance Force (Isaf) said he had no word of such a raid.

He said Isaf did not have a mandate to attack outside the borders of Afghanistan unless its troops came under fire from within Pakistan.

South Waziristan serves as a safe haven for al-Qaeda, and Taliban fighters are said to have moved there following the US-led invasion of Afghanistan that saw the Taliban removed from power in October 2001.

A senior Pakistani official said that the coalition had indicated that its action was carried out in response to rocket attacks that targeted their camp in Afghanistan late on Tuesday.

Raids with helicopters or aircraft are extremely rare. But the American media recently reported that the US was planning direct attacks on Pakistani soil, blaming Islamabad for failing to tackle al-Qaeda and Taliban fighters based there.

A recent series of missile strikes targeting rebels in Pakistan has been attributed to US-led coalition forces or the CIA based in Afghanistan.

US forces say that Pakistan’s border areas are a safe haven for al-Qaeda and Taliban rebels and are being used as a launching pad for attacks on coalition troops.

There are at least 70,000 international forces deployed under Nato and a separate US-led coalition in Afghanistan in an effort to help local forces fight the Taliban.

Yousuf Gilani was not in any car when the motorcade came under fire in Rawalpindi. 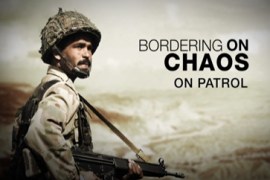 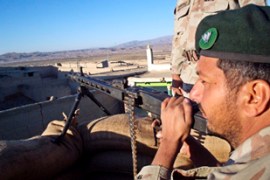