On Tuesday a court ruling found the Thai leader guilty of violating the country’s constitution by receiving payment for hosting a television cooking show while in office.

But a day later the mood remained tense as the verdict appeared unlikely to end weeks of political crisis over Samak’s leadership.

The ruling marked the first time in Thai history that a prime minister had to leave office by a court order, bu does not ban Samak, 73, from returning to office.

On Wednesday Samak’s six-party coalition said it would try to get him re-elected as prime minister when parliament meets on Friday to select his replacement.

“So far, we have not yet heard from Prime Minister Samak,” Wittaya Buransiri, a senior coalition member, said.

“We have merely proposed the idea of voting him back into office, but we don’t know if he will accept the position or not.”

The PAD, whose supporters laid siege to Government House in Bangkok two weeks ago, has campaigned for Samak’s removal for months, accusing him of corruption and acting as a puppet for Thaksin Shinawatra, the former prime minister ousted in a 2006 bloodless coup.

Protest leaders said they would wait to see who was elected as prime minister before deciding how long they would continue their occupation, giving themselves until Friday.

Suriyasai Katasila, one of the protest leaders, said their “sacred duty” will go on.

“It also might help to ease the conflict but if they re-nominated Samak as a premier again then conflict will come back and even worse.”

The opposition Democrat Party has also warned that returning Samak to power could only add fuel to the country’s political crisis.

“I am urging the coalition parties to rethink the idea of appointing Samak,” Suthep Thuagsuban, the party’s secretary-general, said.

“You are fuelling the fire in the country and it could lead to chaos.” 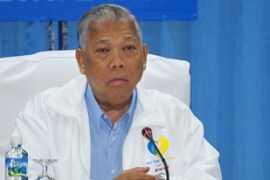 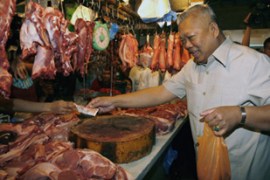 Party says it will re-nominate Samak if court makes him quit over hosting cooking show. 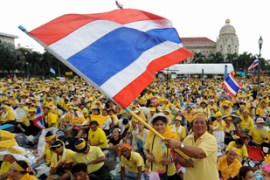 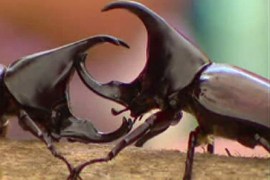