Abkhazia gained de facto independence since breaking away from Georgia in a conflict following the collapse of the Soviet Union that killed several thousand people and forced hundreds of thousands to flee their homes.

Tensions in the region have risen since Russia earlier this year moved to bolster ties with Abkhazia and South Ossetia, another breakaway Georgian region.

Abkhazia has strong diplomatic and economic support from Russia, which Tbilisi has accused of attempting an annexation of the region.

Earlier this week, Abkhazia said it was sealing its border with Georgian-controlled territory after a series of explosions it blamed on Tbilisi.

On Saturday, Dmitry Medvedev, Russia’s president, called for talks to solve the tensions in the region, according to a Kremlin press service official.

The official told the AFP news agency that Medvedev had spoken with Mikheil Saakashvili, his Georgian counterpart, at a ceremony to mark the 10th anniversary of Kazakhstan’s capital, Astana.

“The president remarked that it was unacceptable to foment tensions in the region” and “stressed the necessity for a process of negotiations with all the parties involved.”

A UN mission was due in Tbilisi this weekend for talks on resolving the increasingly volatile standoff. The delegation will also meet separatist leaders in Abkhazia before reporting back to Ban Ki-moon, the UN secretary general. 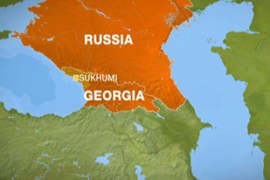 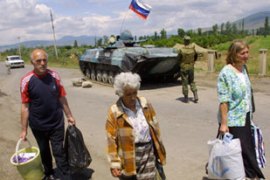 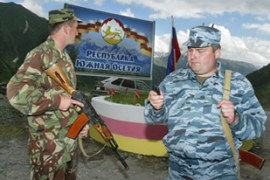 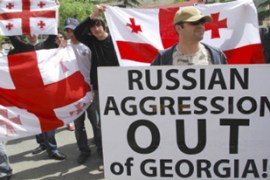 Kremlin says it may resort to military action if war breaks out in neighbour.