The dead girls, later named as Vielletta and Kristina are said to have drowned while they were out swimming.

Rescuers saved two other girls who were swimming with them.

The local mayor said everyone who could did try to help the girls, but the sea was simply too rough.

The Romas are a minority in Italy and have been the target of a wave of racist attacks in recent months as anger has spread among Italians, who blame them for rising crime and insecurity.

But the girls’ family were enraged at the apparent indifference of holiday makers who witnesses say continued to picnic and play volleyball near the bodies.

Meanwhile, a European human rights watchdog has travelled to Italy to examine the situation of the Roma population there.

The week-long trip by the Organisation for Security and Cooperation in Europe (OSCE) to Milan, Naples and Rome comes after the Italian government announced a scheme to fingerprint all Roma, including children.

The scheme, which some have compared to the Nazis treatment of the Jews, has drawn criticism from human rights groups and European Union politicians.

The delegation’s conclusions will be given to the Italian government in a report in September.

The team includes experts from the OSCE’s high commissioner on national minorities, its Office for democratic institutions and human hights and the office of the Council of Europe human rights commissioner, as well as several Italian non-governmental organisations.

Andrzej Mirga, the OSCE delegation leader, said: “The purpose of the visit is to work with the Italian authorities to identify issues of concern and develop recommendations on how to address them in line with Italy’s OSCE and other international commitments.” 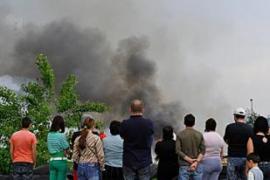 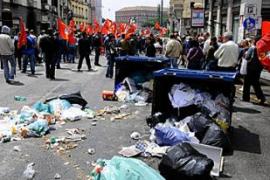