“This is one of the toughest industries out there,” he said.

Qantas also slashed its forecast capacity growth for 2008/09 from 8 per cent to zero, and said it would scrap plans to hire another 1,200 staff.

In addition 22 older aircraft in Qantas’ 228-strong fleet are to be retired.

The airline’s budget subsidiary Jetstar would also be hit by the cuts, with its hiring programme suspended.

Dixon said Qantas had hedged about 70 per cent of its fuel budget for this year at around $115 per barrel of crude oil, and said he hoped this latest announcement would mark the last round of belt-tightening.

Jet fuel accounts for about 35 per cent of Qantas’ expenses, and rising costs are expected to add more than $1.95bn to the company’s fuel bill to the year ending mid-2009.

The price of crude hit a record $147.27 a barrel last week, but has since fallen back about 12 per cent, partly on easing political tensions over Iran.

However, it is still trading around $130 a barrel, up nearly 30 per cent so far this year.

Since it was privatised in 1993, Qantas has had a reputation as one of the most successful and profitable airlines in the world. 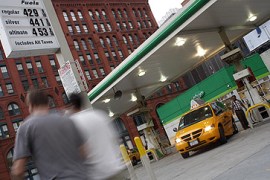 Q&A: Oil prices and the economy

The cause and effect of high oil prices explained. 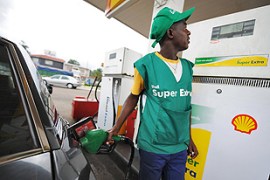 Crude hits more than $147 a barrel amid fears of supply shortages.