John Clancy, a commission spokesman for humanitarian and development aid, told Al Jazeera that the initiative was a response to proposals put forth at a UN food summit held in Rome last June.

“The idea is to respond to the mid and long-term structural issues at stake here, in terms of getting stability back of food prices, whether in Africa or globally,” Clancy said.

“Those who have been hit the hardest and most are those farmers and people in Africa. The idea behind the billion euros is to kick-start production.”

Johannes Laitenberger, another EU spokesman, said that the fund, if approved by EU governments and the European parliament, would provide urgent funding to UN  agencies like the World Food Programme and the International Red Cross.

That money could then be used to boost supplies of fertiliser and seeds to increase the planting of crops over the next two years.

The EU commission will give the money to countries that are found to be the most reliant on food imports, and have been hardest hit by food price inflation.

Laitenberger appealed to EU governments and MPs to ensure approval by November, so that the aid could reach the poorest countries as soon as possible. 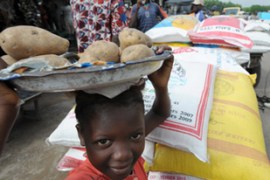 Farmers’ groups say the talks held in Italy ‘will not fill any plate’. 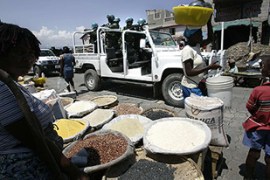 Food summit pledges ‘food for all’ 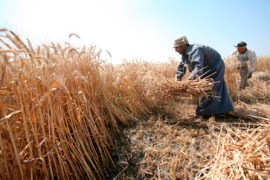 Will a UN-backed summit in Rome help curb growing food prices and shortages?