The Israeli soldiers Eldad Regev and Ehud Goldwasser are believed to be dead.

Kuntar was convicted in 1979 of shooting and killing an Israeli man and his four-year-old daughter.

Critics and some relatives of the victims say he should not be released.

“This is a controversial deal in Israel, but the vast majority of the Israeli public are behind this deal – its said this is a form of closure for Israel,” said David Chater, Al Jazeera’s correspondent, reporting from close to the border where the exchange is due to take place.

On Tuesday, Israel’s cabinet gave final approval for him to be freed and the prisoner swap with Lebanon’s Hezbollah, despite comments from Ehud Olmert, Israel’s prime minister, that the Shia group had not fully kept its side of the bargain.

The exchange is expected to be carried out by the Red Cross at the Israeli-Lebanese border on Wednesday.

The cabinet first approved the swap deal in June, but was asked to back it a second time after Israel received a report from Hezbollah on Ron Arad, a missing Israeli air force pilot.

Arad’s fate has also been unknown since his fighter jet was shot down over Lebanon in 1986 during the civil war, and although the report said he was probably dead, Israel has rejected its findings.

The Arad report was one of the conditions for the prisoner swap to go ahead, but Olmert on Monday called it “completely inadequate”.

Al Jazeera’s David Chater said on Tuesday the report contained unseen photographs of Arad and transcripts of diaries he kept following his capture, but the trail of information ended two years after he was caught.

Regardless, Avi Dichter, the public security minister, had said before the vote that the deal would go through.

“Anyone familiar with the facts knew very well that the Hezbollah report would not provide a conclusive answer on the fate of Ron Arad,” he told army radio.

David Baker, a spokesman for the Israeli government, said only three of the 25 cabinet minsters present at Tuesday’s meeting voted against the deal. 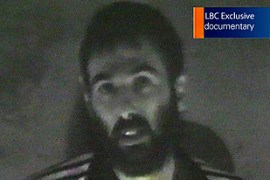 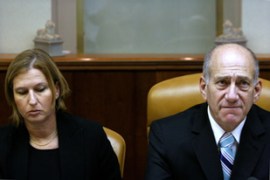