The office of Umaru Yar’Adua, the Nigerian president, said in a statement: “The president has … directed that security be beefed up at all oil facilities and installations in the Niger Delta to forestall further acts of terrorism by criminal elements in the region.”

Nigeria’s parliament called for an emergency meeting on Monday to discuss the attack with the country’s defence and oil ministers, national security adviser and foreign oil firms.

Mend shrugged off the president’s order saying it was “empty talk from the commander-in-chief of an inept armed forces”.

Mend has mostly limited its strikes to bombing oil pipelines and kidnapping oil workers at onshore facilities in Nigeria.

But the group warned after the Bonga attack that oil and gas tankers in Nigerian waters may become targets, raising the prospect of a new campaign of sabotage in the waters of the Gulf of Guinea.

Security experts said that the Bonga attack was a coup for Mend, knocking out a significant portion of Nigerian output at a time when oil prices are highly sensitive to supply disruptions and marking their first significant attack deep offshore.

It also came as President Yar’Adua’s administration prepares for a peace summit next month meant to address the underlying causes of the unrest in the Niger Delta.

Politicians, local chiefs and splinter militia groups are expected to attend, but Mend and another group, the Ijaw Youth Council, have said they will not take part.

“Militants in the region who continue to spurn the peace overtures of the federal government must be prepared to face the full consequence of taking up arms against their fatherland,” the president’s statement said.

Violence in the Delta region has slashed Nigeria’s total oil production by a quarter since January 2006. 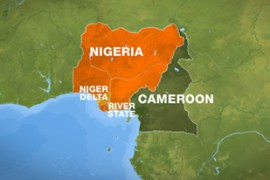 Rebel group says it will commit attacks on anniversary of president’s inauguration. 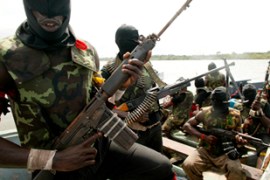