Some Cubans have reportedly managed to obtain phones by having foreigners sign contracts in their names, however their usage remains uncommon in Cuba.
But the new phone service may prove too expensive for many Cubans.
ETECSA said it would permit the public to sign pre-paid contracts in Cuban convertible pesos, which are worth 24 times the regular pesos that Cuban state employees are paid in.
It also said the new service would be used to fund development of Cuba’s telecommunications systems and land line telephone services.
A few weeks ago Raul Castro lifted the ban on many electrical appliances, including DVD players and computers.

Cuba’s government controls well over 90 per cent of the economy, and it ensures that most Cubans have free housing, education and health care and receive ration cards that cover basic food needs.

The average monthly state salary is just 408 Cuban pesos, a little less than $20. 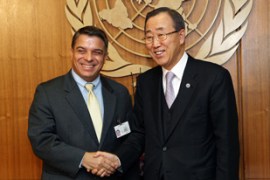 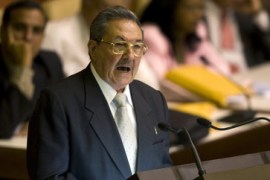 National assembly selects younger brother of Fidel Castro to succeed him as leader.