Extradition treaties between nations generally do not allow turning over suspects in cases of a political nature.

Bout was arrested at a Bangkok hotel in March during a sting operation led by the US.

He allegedly thought he was closing a deal with Farc representatives, but it was a sting operation, involving the US Drug Enforcement Agency, Interpol and the Thai police.

Thai authorities had held him on a charge of using the country as a base to negotiate a weapons deal, for which he could have been imprisoned for 10 years.

Bout is alleged to have supplied arms to the Taliban in Afghanistan and to Farc fighters in Colombia.

According to the UN and the US Treasury, his list of alleged customers in Africa includes Charles Taylor, the former Liberian president, Moammar Gadhafi, the Libyan leader and Mobutu Sese Seko,  the late leader of Zaire (now known as Congo).

Bout has repeatedly denied US charges against him, insisting he is just a businessman.

Police say they are also searching for an associate of Bout, Andrew Smulian, 46, who faces charges of conspiring to provide material support to a terrorist organisation. 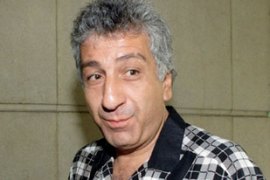