“The actions taken by the government of Afghanistan and by Canadian officials in Kandahar to address concerns have been carefully considered,” Dame said.
‘Systemic’ abuse fears
The prisoner told Canadian officials in November that he had been beaten
unconscious and whipped with electrical cables and a rubber hose while being held at an Afghan intelligence agency’s detention facility, according to a government letter quoted by AP.
Amnesty International Canada said they remained “very concerned” that torture in Afghan jails was reported to be “widespread,” “deep-rooted” and “systemic”.
“To think that somehow that’s all been remedied, almost overnight, such that we can get back to situation normal, defies belief,” Alex Neve, the organisation’s secretary-general, told Canadian broadcaster CBC.
However Dame said that Canada would adhere to its human rights “obligations under international law” whenever it captured Taliban or al-Qaeda fighters and handed them over to Afghan authorities.
The allegations embarrassed the Canadian government, whose prime minister, Stephen Harper, had earlier condemned opposition figures for raising the allegations and compared them to Afghanistan’s former Taliban government.
About 2,500 Canadian troops are currently serving in Afghanistan and the Canadian government wants to extend their stay through to the end of 2011.
Source: News Agencies 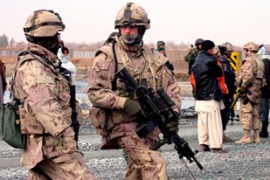 Government submits motion calling for troops to remain until at least 2011. 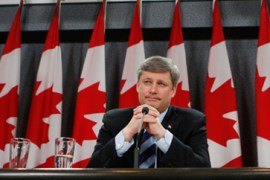 Ottawa is under domestic pressure to terminate its Nato mission.