“People are wondering ‘Is this aimed at Russia? Is this an anti-Russian system?’ And the answer is ‘of course not,'” the US president said on Wednesday.
“The system we’re developing will be able to deal with one, two, or three types of incoming missiles. Russia could overwhelm a system like this,” said Bush.
Nato summit
Bush also appeared to indicate that he understood Czech opposition to hosting Russian observers, which has been suggested as part of a plan to ease Moscow’s concerns.
Russia has reportedly threatened to target any future base in Poland with its missiles, a move which has sparked concern in Warsaw.
Before leaving for Washington, Topolanek said both the Czech Republic and Poland wanted to finalise plans on the missile shield in time for a Nato summit in Bucharest in April.
The US leader is set to discuss the issue with Donald Tusk, the Polish prime minister, in Washington on March 10.
Source : News Agencies 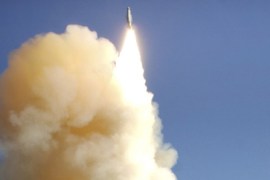 China and Russia accuse US of dangerous space ambitions and double standards. 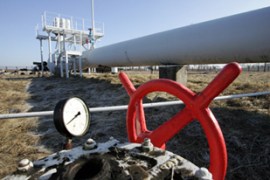 Putin signs gas deal but tells Kiev not to join Nato or accept US missile defences. 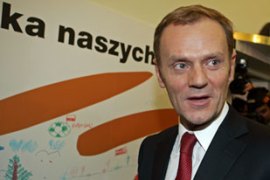 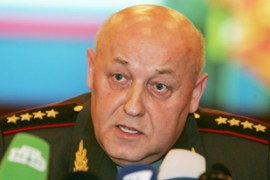 Russian missile warning to US

Automated system could launch strike on US if Washington uses missile defence shield.