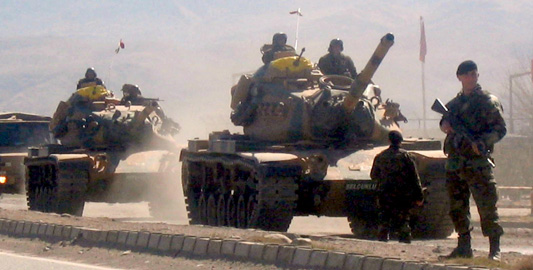 Ankara’s military operation in northern Iraq to root out fighters of the Kurdistan Workers Party (PKK) could not have happened without US support, analysts have told Al Jazeera.

They say the breaching of a ‘red line’ – once established by the US to prohibit Turkey from intervening in Iraq – sends a powerful message to Baghdad that Ankara will not tolerate support for the PKK or the creation of a Kurdish state in the region.

Alter Turkoman, a former Turkish foreign minister, said: “We think the PKK constitutes a constant threat to stability in Turkey and the region. The US does understand that and is providing intelligence and logistics to the Turkish army.”

Since the fall of the Saddam Hussein government in 2003, Ankara has watched Iraqi Kurds gain considerable power and influence in Baghdad and take steps towards realising their dream of an independent state.

The Kurds, who comprise less than 20 per cent of the Iraqi population, have been appointed to powerful government posts such as the presidency, the foreign ministry and senior positions in the prime minister’s cabinet.

Massoud Barazani, the president of Iraq’s Kurdistan province, has refused to fly the Iraqi flag and has signed oil deals with foreign companies – a move that has been condemned and considered outlaw by the central oil ministry in Baghdad.

Turkoman said: “The [Turkish military’s] operation sends the message that the PKK’s existence must come to an end, and to Iraqi Kurds that it is better for them to stay within a united Iraq.”

In 2006, Turkey accused Barazani’s Kurdish Democratic Party (KDP) party of aiding and abetting the PKK, a charge he denied.

As fighting between the PKK and the Turkish military intensified in south-eastern Turkey, Ankara signalled it was preparing for a large-scale operation to destroy the PKK and end regional Kurdish aspirations for an independent state.

Iraqi Kurds have been fighting for self-control since the 1950s and launched several guerrilla wars against Baghdad in the 1960s, 70s, and 90s. After the Gulf war in 1991, the US and Britain implemented a no-fly zone to protect a unilaterally-declared autonomous Kurdish province.

Since then, Kurdish cities in northern Iraq have been virtually detached from their southern neighbours and from the violence that has raged there since the US-led invasion in March 2003.

Haroun Mohamed, an Iraq expert on Kurdish affairs, says the Kurds have gained much under US tutelage and protection but that they may now have overstated their ambitions.

He said: “Iraqi Kurdish parties are still dependent on US power, and by giving shelter to PKK fighters they jeopardised the US relationship with Turkey.”

“They [Kurds] failed to understand that the US would not let down Turkey, which is its vital regional ally and has the second largest army in Nato.”

But Hussein al-Jaff, a Kurdish political analyst linked to Barazani’s KDP party, says Iraqi Kurds have been doing their utmost to contain the PKK and have closed their offices in northern Iraq.

He told Al Jazeera: “The PKK fighters operate in a very dangerous mountainous area that even the mighty Turkish and US armies cannot reach … how can they expect Kurdish troops to achieve something there?”

Baghdad and Washington have both expressed a willingness to work with Turkey to eliminate the PKK, a group both governments have labelled a “terrorist” entity.

Mirembe Nantongo, a spokesperson for the US embassy in Baghdad told Al Jazeera the US position was clear: “As President [George] Bush and Condoleezza Rice, the Secretary of State, said, the PKK is a common enemy of Turkey, Iraq and the US.”

Hamid al-Saadi, the media officer of the Iraqi Supreme Islamic Council, one of the ruling members of a coalition that forms the government, agreed that there is “an agreement and understanding for the Turkish need to deal with PKK terrorists.”

But he voiced concern should the Turkish military operation be prolonged and result in civilian casualties.

He said: “Obviously we oppose any attack on our national soil … We think that our Kurdish brothers in northern Iraq share with us this vision, however, the Iraqi government has made it clear that the intervention should not affect civilians’ lives and interests.”

Al-Jaff, however, says Iraqi Kurds have been angered by the US position and some are feeling that they have been betrayed.

“The Kurds are disgraced by the US position. We know the US is only after its interests, but we have done everything we can and US and Iraqi officials know that,” he added.

He insisted that only Kurdish self-rule could bring stabililty to northern Iraq.

“It is an outstanding issue – Kurdish demands with Baghdad date back to 1921 when the modern Iraqi state was created. Now we are trying to win back our rights, and that should be with the support of both the Iraqi government – because we are part of Iraq – and the US because it is the super power.”

“If the issue of self-rule is not sorted out, trouble will continue to plague this part of Iraq.” 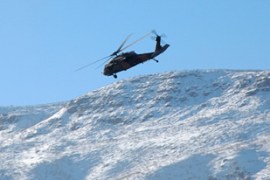 US also calls for end to incursion but continues to provide Ankara with intelligence. 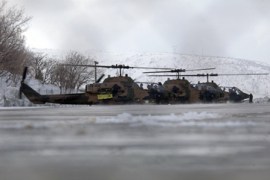 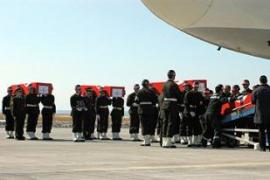