Part two of Al Jazeera’s nine-part series, A Question of Arab Unity, traces the disappointment felt by many Arab tribes who had fought against the Ottomans and had been hoping for independence from foreign colonialism.

In Unity Betrayed, Al Jazeera examines the rise of Arab nationalism in an age of revolt.

As millions of European soldiers were facing off each other in the doomed trenches of Verdun and the Somme during World War I, a fierce guerrilla war was raging in the dunes of Arabia. Thomas Edward Lawrence, a British army captain and archaeology enthusiast, led a ragtag force of several Arab tribes against the military might of the Ottoman Empire. And won.

Called the “First Great Arab revolt”, this victorious uprising against nearly 400 years of Ottoman rule inspired the formation of the Arab National Council, a gathering of once warring tribes.

Lawrence’s influence in bringing these tribes together inspired Sherrif Hussein ibn Ali, the governor of the Hejaz region of Arabia, to seek a unified Arab state. But the British and French victors of the war had other plans.

They formulated the 1916 Sykes-Picot agreement which carved up the Middle East between themselves.

The Arabs felt betrayed. Promises made to them by various British generals – and Lawrence – failed to materialise.

That feeling of betrayal seeped into the collective Arab consciousness and as Fawwaz Traboulsi, a political analyst, explains, ‘Arabism’ emerged as a result of that betrayal by the West.

By 1919, when Egyptians clashed with the British troops in Cairo and Alexandria, the die had been cast.

The persecution and exile of the Egyptian nationalist Saad Zaghlul – and his return to power – signalled a new paradigm in Arab-West relations. The age of revolution had begun.

In 1919, Zaghlul’s famous cry “Egypt for the Egyptians” set the ball rolling for regional nationalism. Zaghlul believed that Egypt and the Nile Valley, including the Sudan, were one entity.

During the later half of the 20th century the party played a critical role across the region but the nationalist ideals of its founders were rarely reflected in their implementation. 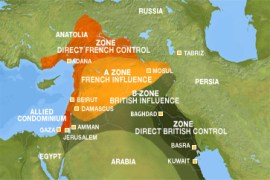 Were Arabs betrayed by Sykes-Picot?

Britain and France carved up the Middle East following the Ottoman defeat in 1918. 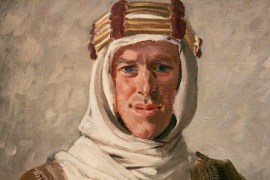 A warrior of Arabia

T.E. Lawrence firmly believed in Arab self-rule and even killed for it. 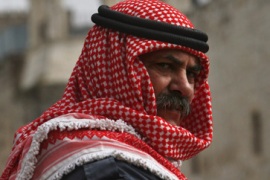 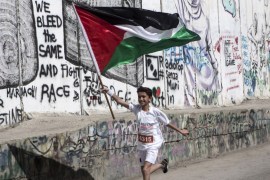 Palestine: What has been happening since WWI

All the key events in historic Palestine since World War I.