Six suspects were arrested in the immediate aftermath of the attack, the military said.

“Coalition and Iraq security force quick reaction teams swept the area and captured several insurgents at the scene of the rocket launch,” the statement said.

“Six suspects were taken into custody for questioning and one unexploded rocket was recovered.”

The US military usually blames mortar and rocket attacks on Iranian-backed Shia-led groups.

Rear Admiral Gregory Smith, a US military spokesman, said on Sunday that “special groups” were increasingly using stocks from hidden caches to target US and Iraqi forces.

The military uses the term special groups to describe what it says are “rogue elements” working for the Mahdi Army, an armed Shia force backing Muqtada al-Sadr.

Elements within the group are ignoring al-Sadr’s ceasefire order given almost six months ago and due to expire at the end of February. 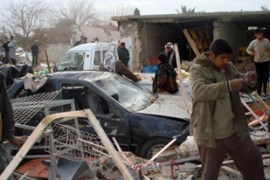 US may pause Iraq troop reduction

US defence secretary says the situation “remains fragile” on a visit to Iraq. 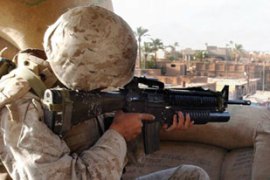 US sniper jailed for Iraq murder

Soldier sentenced to 10 years for shooting dead an unarmed civilian last May. 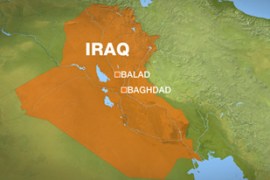 Car bomb explodes north of Baghdad as US defence secretary arrives in the country. 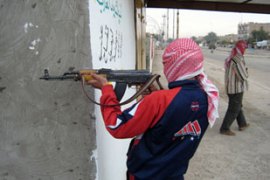