Understanding the relationship between Islam and Arab nationalism has always been problematic.

The separation between Islamists and Arab nationalists, and the period of their political conflict, is a relatively recent development in Arab history.

In the early 1950s, a series of military coups brought young Arab nationalist officers to power in many Arab countries, including Egypt, Syria, Iraq, Yemen and Algeria.

It was during this period that Arab nationalism, expressed in exclusive, radical and even socialist discourse, became the official ideology of the Arab states.

But the military background of the ruling forces, their fragile base of legitimacy, and the sweeping programmes of modernisation and centralisation they pursued, turned the Arab nationalist entity into an authoritarian state.

One of the major results of this development was the eruption of a series of confrontations between the Arab nationalist regimes and the Islamic political forces, in which questions of power, identity and legitimacy were intertwined.

One of the first confrontations came in 1954, when Egypt embarked on a desperate drive to destroy its Islamic opponents.

Thousands of Muslim activists were jailed, often without trial, and subjected to East German methods of torture and psychological destruction, while eminent ulama – Muslim intellectuals – were executed or forced to live in permanent exile.

Supported by scores of nationalist intellectuals and brandishing a utopian project of socialist development enveloped in anti-imperialist rhetoric, the Arab state accused its Islamic opponents of being reactionary, employing religion for political purposes and serving the interests of foreign powers.

The Islamists, in turn, depicted Egypt’s radical regime and its supporters in a monochromatic picture of a deliberate war against Islam and the Islamic identity of the Arab peoples.

Both views were essentially self-serving, non-historical and fell captive to the contingencies of political conflict, but memory is often made as much of the legend as of the real.

For a long period of time, The Arab Awakening of George Antonius (1938) represented the dominant paradigm in understanding the formative stages of Arab nationalism, not only in academic circles but also within the ranks of Arab nationalists.

Followed by Albert Hourani’s Arabic Thought in the Liberal Age (1962) and Hisham Sharabi’s The Arab Intellectuals and the West (1970), Antonius underlined the secular nature of Arab nationalism, while giving little consideration to the role played by the Muslim intellectuals in shaping the early Arabist vision.

Later works have, however, shattered the dominance of the “secular version” and illustrated the close relationship between the rise of the Arab-Islamic reform movement and the emergence of Arab nationalism in the early decades of the twentieth century.

In many respects, Arab nationalism (or Arabism as it was then called) was the political expression of the reformist discourse of Rashid Rida, Abd al-Rahman al-Kawakbi, Tahir al-Jaza’iri, Abd al-Hamid al-Zahrawi, and their students.

For the Arab-Islamic reformists, Arabism was meant to reassert the Arab identity, seen by increasing numbers of the Arabs as the answer to the Ottoman failure to defend Islam and protect the Arab and Muslim lands.

In this sense, Arabism was not only defined in Islamic terms, but was also envisioned as inseparable from the Islamic revival.

During the inter-war period, although students of the Arab-Islamic reform movement continued to play a major role in the Arab anti-imperialist struggle, the gradual transformation of the social and intellectual making of the Arab elites contributed to the evolvement of an exclusive, ethnically based Arabist narrative.

In the face of the Arabs’ failure to establish their united and independent state after World War I, young Arab nationalists, like Darwish al-Miqdadi, Zaki al-Arsuzi, Edmond Rabat and Qunstantin Zurayq, graduates of the American University of Beirut and French and British universities, sought to re-emphasise the project of Arab unity by employing the power of an imagined ethnic essence.

The French bombardment of Damascus in the mid 1920s, the British disregard of the Arab opposition to the Jewish immigration into Palestine, and the brutal crushing of the Palestinian revolt of 1936-39, as well as the imperialist divisive policies in Morocco, all contributed to intensifying the Arab feeling of defeat, and thus to the radicalisation of the Arab nationalist discourse.

In the face of what appeared as the destruction of the Arab nation and precluding its revival at the hands of the colonial administrations, the Arab intellectuals of the 1930s and 1940s responded by laying the foundations of an exclusive Arab nationalist ideology.

The inclusive outlook of the early generation of Arabists, which allowed Arabised Kurds, such as Muhammad Kurd Ali and Khayr al-Din al-Zirikli, to carry the banners of the Arab movement, was replaced with defined linguistic, ethnic and geographical borders.

And while Islam had been the ultimate goal of the Arab-Islamic reformists, Islam was now conceived by Sati’ al-Husari and Zaki al-Arsuzi, and many others of their generation, as a mere validating element of Arab nationalism.

But since the top priority for all shades of the Arab political forces during the inter-war period was national liberation and independence, it was not until the early 1950s that the divisive political climate would develop.

Even the Islamic vision of the Young Muslim Men Society and the Muslim Brotherhood was coloured with a strong belief in Arab unity and Arab identity. With the rise of the Baath Party, the Arab Nationalist Movement (Harakat al-Qawmiyyin al-‘Arab), and the Arab-nationalist military officers, the divorce between the Arab nationalists and Arab Islamists reached a critical stage.

Years of inter-Arab conflicts re-enforced the political division and laid heavy layers of amnesia over the formative period of Arabism and its inextricable association with the Arab-Islamic reform movement.

Both the Arab Islamists and Arab nationalists moved to legitimise their existence by rewriting their own history in isolation from the history of others, or even by de-legitimising the other.

The defeat in the June 1967 war was a turning point in the Arab political and cultural configuration.

The defeat was not only seen as the ultimate failure of the Arab state, but also signalled the beginning of the end for the alliance between the Arab nationalist intellectuals and the ruling clique.

For the great majority of Arab intellectuals, disengagement from the state looked as the only way for survival.

While the nationalist intellectual joined the opposition camp of Arab politics, the state entered a post-nationalist age, in which crude ideological control and authoritarian policies were replaced with a limited political and economic openness, anti-imperialism turned into various degrees of association with the western powers, and Arab-Israeli conflict into Arab-Israeli negotiations and peace treaties.

If it had ever been, Arab nationalism was no longer in power, and as the Arab intellectual moved away from the state, his discourse grew more and more to resemble that of his Islamist counterpart.

The holding of the first Arab Nationalist-Islamist Conference in 1994 was partly the result of this key shift in the position of the Arab nationalist intellectual vis-à-vis the state.

It was also born out of a growing realisation on the part of a great section of the Arab Islamists that the optimism of the late 1970s and 1980s was largely premature.

Throughout the Arab world, the spectacular rise of Islamic political forces was adding a new dimension to the Arab political and intellectual divisions; yet, the 1979 victory of the Islamic revolution in Iran proved hard to repeat.

Equally important was the fact that although the Islamists had the masses on their side, they lacked influence among the Arab elite circles, and were largely unable on their own to break the political impasse impeding the process of democratic transformation in most Arab countries.

An Islamic-nationalist convergence could bolster the legitimacy of the Islamic project and broaden its base of representation.

Both sides were also aware of the formidable challenges facing Arab societies as a consequence of the Middle East peace process, the increasing integration of the Arab markets in the world economy, and the rising tension in Arab-Western relations.

The Arab nationalist-Islamist convergence, however, is not the end of history. Although the bitter legacy of the years of inner conflict has almost totally been avoided, one might say that a deep but an unacknowledged sense of suspicion is still lingering on the horizon of Arab political and intellectual life.

Equally significant is the absence of any serious attempt to (re-)define the relation between Islam and Arab nationalism, or to formulate a theoretical framework for a common agenda, especially in regard to the state in question, democracy and the place of religion in Arab society and politics.

Yet, the meeting of the Arab nationalists and Arab Islamists has opened a new chapter in modern Arab history.

In many respects, Islamism and Arab nationalism have been, and still are, the most powerful movements in Arab political and cultural life.

It is true that neither holds power in any of the Arab countries, but their influence in society and within civil organisations is beyond doubt.

For the increasing diversification of Arab cultural systems during the past few decades, nationalism and Islamism can no longer claim to possess an exclusive hold over the Arabs’ imagination.

All this, however, should in no way diminish the importance and meaning of their convergence for the future course of Arab politics and culture.

For more than half a century, the Arabs have lacked a solid, durable level of consensus, a middle ground, around which the political process normally revolves and in which political stability is anchored.

Although not yet very clear, the Islamist-nationalist convergence has a great potential to develop such a consensus.

Basheer Nafi is an academic and historian. His latest publications include: Islamic Thought in the Twentieth Century (in association with Saeed Taji-Farouki), and Iraq: Contexts of Unity and Disintegration. 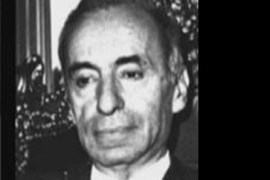 Michel Aflaq co-founded the Baath party as a means to unite the Arabs. 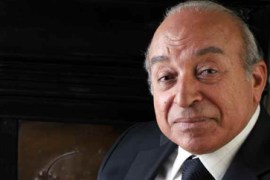 Egyptian thinker Fahmy Howeidy says Arabism is only a step towards Islamic unity. 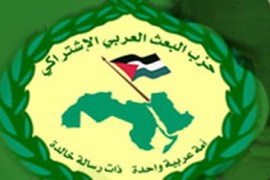 Once a hope for unity, the founding ideals were tainted by Iraqi and Syrian rivalry. 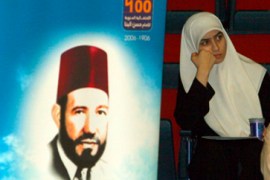 Rise of the Muslim Brotherhood

The once banned but now tolerated group has grown into a formidable political force.