Reeling from economic collapse, Zimbabwe has recently been hit by a cholera outbreak that has killed nearly 600 people.

Sarkozy’s statement came a day after Jimmy Carter, the former US president,  Kofi Annan, the ex-UN chief, and other members of the Elders group rendered a damning verdict on Mugabe’s regime, saying it cannot lead the nation out of crisis.

In a joint statement, the ministers stressed their “deep concern at the deteriorating humanitarian situation in Zimbabwe, particularly as a result of the cholera epidemic and the continuing violence against supporters of the [opposition] Movement for Democratic Change”.

They were added to the 168 already on the persona non grata list, which includes Mugabe and his wife Grace.

On Saturday, Gordon Brown, Britain’s prime minister, called on countries around the world to work together against the Mugabe’s rule.

“We must stand together to defend human rights and democracy, to say firmly to Mugabe that enough is enough,” Brown said. 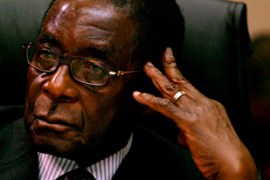 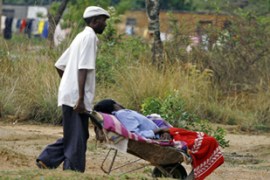